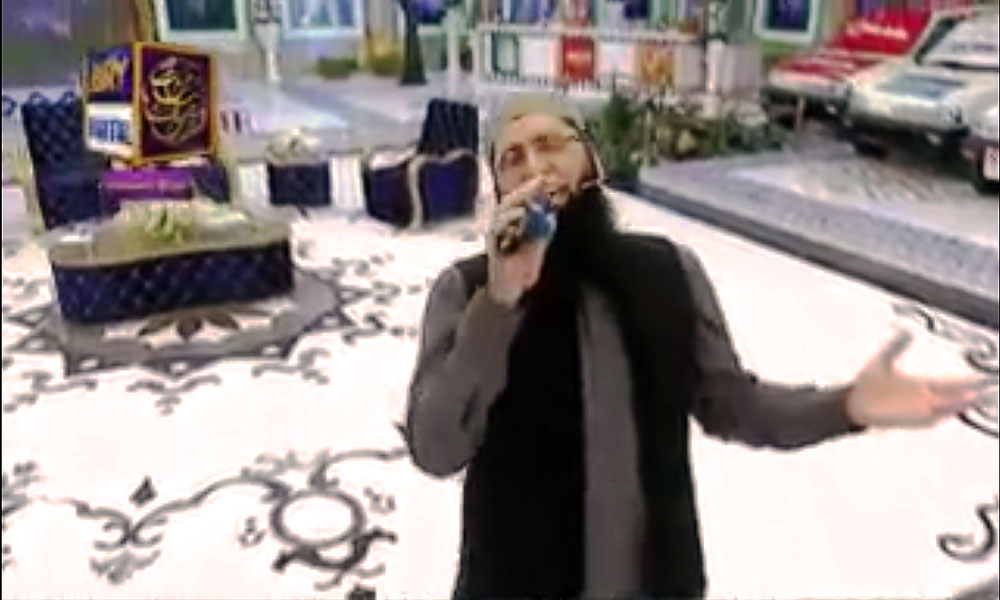 The scholar left the show after few episodes for his lectures in England and came back on 19th Ramadan, (July 7th).

During the transmission, Junaid read a couple of his Naat and sang one of his most popular national song, Maula.

Previously, the TV host was charged with blasphemy, for making derogatory remarks about one of Prophet Muhammad (P.B.U.H.)’s wife, Hazrat Ayesha (R.A.) in a video aired at a private TV channel.