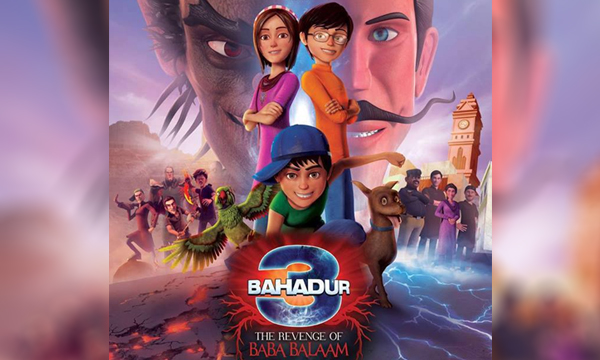 The latest track  #JhoomayBarBar from ‘3 Bahadur – The Revenge of Baba Balaam’ is out and we love it!  Waadi Animations and ARY Films’ upcoming movie is a sequel to Sharmeen Obaid Chinoy’s 2015 animated block buster, 3 Bahadur.

Releasing on 15th December 2016, 3 Bahadur: The Revenge of Baba Balaam, #JhoomayBarBar is composed by Shiraz Uppal and performed by Jabbar Abbas.

Watch the song #JhoomayBarBar below:

The story line revolves around three friends who find themselves at odds with each other after successfully reclaiming their town from Mangu the villain . When Deenu their trusted friend lands into trouble they have to find a way to come together again. They know that only then can they defeat the all powerful Baba Balam who seems to have cast a spell on their bustling Roshan Basti.