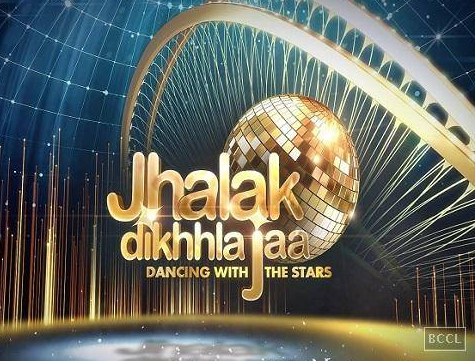 The all-time favorite dance TV show ‘Jhalak Dikhlaja’ is returning on air with its latest season. Like always, Season 9 too is expected to be grander than the last one promising a lot of sizzling hot acts and performances. The latest buzz of season 9 has revealed the contestant line-up participating in this big time reality show.

Let’s have a look at the star personalities’ line-up for Jhalak Dikhla Jaa Season 9 show. The handsome star carrying a lead role in the Naagin TV serial will now be seen dancing on the stage of Jhalak Dikhla Jaa. This will be Arjun’s first dancing debut in any reality show. Iranian beauty and the former contestant of Big Boss reality show, Mandana Karimi who succeeded her way to the finale week has winged a spot in the Jhalak Dikhla Jaa Season 9 show. As per DNA reports, the model/actress was unsure if she wanted to be a part of the series. She believes that she is not a superb dancer, but on the other hand, she has been paid a massive amount to participate in the show. It was also rumored that Mandana is participating in Nach Baliye 8 show with her boyfriend Gaurav, but as for now the claims have been denied by the actress.

People don't know what they want until you show them #siddharthnigam PC: @mrunal.joshi

The young and talented artist who achieved fame from Chakravartin Ashoka Samrath is all set to dazzle on the stage of Jhalak Dikhla Jaa Season 9 with his brawny looks and 6-pack abs.

The skinny, beautiful and sexy contestant from the ex-Big Boss show is also among the ones who has been approached to participate in the Jhalak Dikh La Jaa Season 9 show. Well! The actress is very well familiar with the dance moves, as she has also participated in the Nach Baliye Season 7 show with her boyfriend Upen Patel. She will sure be a tough competition. The youngest of all is Ruhanika Dhawan, the star of Yeh Hai Mohabbatein. So far, the buzz reveals that her name is included in the contestant list and if the reports turn out true, Ruhanika nicknamed Ruhi will be a center of attention of the Jhalak Dikhlaa Jaa Season 9 show. Sonali Raut, who bagged in the courtesy fame with her fairy-tale yet confusing chemistry with Upen Patel and Gautam Gulati in the Big Boss 8 show is also expected to be a part of Jhalak Dikhla Jaa Season 9 show. ‘The Xpose’ actress loves seeking attention and is a good dancer too. “There has been a verbal agreement. We are discussing monies now,” Sonali shared it with a daily.

Playing the main lead in the show Swaragini on Colors TV, Tejaswal Prakash is also expected to join the Jhalak Dikhla Jaa Season 9 show. Showing some good moves in the practice session of Golden Patel Awards 2016, the Swaragini heroine is bringing in a challenge for all another contestant of the show.

Indian Television actor best known for his role as Jigar in Baa Bahu or Baby is also among the line-up contestants of Jhalak Dikhla Jaa Season 9. The actor has also appeared in the Nach Baliye 7 dance show along with his wife Nena Saxena. The jury is the biggest part of any show as it all depends on what the panel decides for the contestants. This years’ show is expected to be presided by Jaqueline Fernandez rather than Malaika Arora Khan.

With such excitement and witty notes, Jhalak Dikhla Jaa Season 9 is all set to bring a lively and entertaining reality show on the air.

What do you think which contestant will make its way to the finals? Give us your feedback in the comments section below and stay tuned to BrandSynario for more updates!