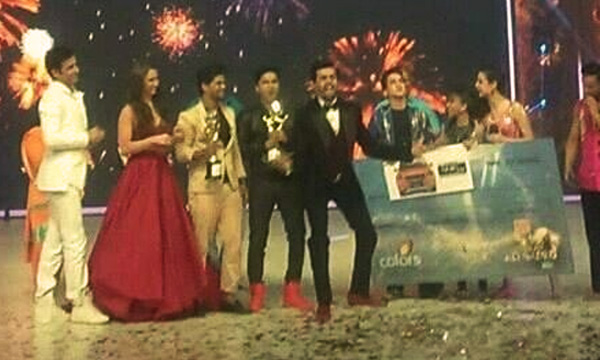 While dance reality show Jhalak Dikhhla Jaa Reloaded is all set for its super grand finale to air on television, we reveal the winner of the show. With the amazing judges and four finalists, Sanaya Irani, Shamita Shetty, Mohit Malik and Faisal Khan, viewers are eagerly waiting to find out who among the four finalists will bag the trophy.

The winner of Jhalak Dikhhla Jaa is none other than Faisal Khan, who had earlier won ‘Dance India Dance Li’l Masters 2’ and since than he is seen climbing the success ladder and now he has added another feather in his cap. The Maharana Pratap actor took home the trophy, a car and a whopping prize money.

Based on reports Faisal not only won judges hearts with each performance but also earned maximum votes in the finale round.

The show which has entertained us week by week, has finally come to end. The journey for the all contestants as well as for the judges Ganesh Hegde, Malaika Arora Khan, Shahid Kapoor and Lauren Gottlieb has been emotional and memorable.