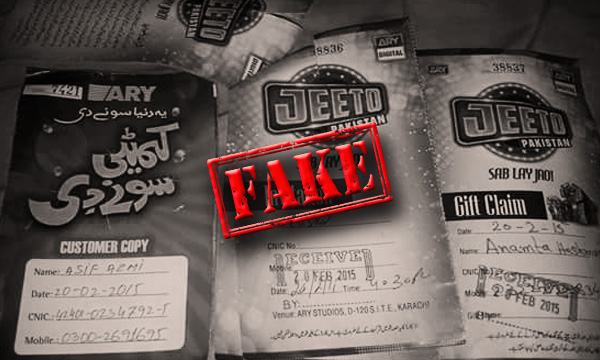 A gang selling fake passes of the famed show Jeeto Pakistan was busted by the authorities. According to ARY News, the fraudsters used to offer false passes of Jeeto Pakistan to the public after taking thousands of rupees for the past three months.

The gang was busted in an operation carried out by the law enforcement agencies. The owner of the ticket printing shop was also arrested on the indication of the arrested persons.

Fake shirts, show passes along with different equipment were also seized in the operation.