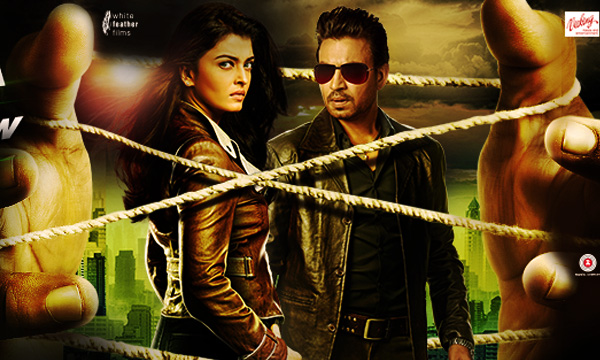 The special screening held yesterday for critics and celebs have garnered mixed reviews so far with most criticizing the direction of Sanjay Gupta while praising the comeback performance of Aishwarya Rai Bachchan and Irrfan Khan.

A remake of the South Korean movie, Seven Days, Jazbaa revolves around a hotshot lawyer, with a perfect case record and a supermom, Anuradha Verma, played by the Aishwarya, whose daughter gets kidnapped.

The abductor wants Verma to fight a case for a convicted felon, who has been charged with rape and murder of the daughter of another woman, played by Shabana Azmi. Irrfan Khan plays the part of an ex-cop, Yohan, Anuradha’s longtime friend with absolute disregard for rules and a penchant for OTT dialogues.

The movie barely touches the subject of rape, which is an unfortunate epidemic issue in India, all the while focusing instead on Aishwarya Rai’s melodramatic reaction to almost everything, unconvincing hysteria and bloodshot eyes.

Her performance after the interval does take a turn for the better though, with Irrfan Khan joining her in the fight against time to save her daughter. Other lead actors while wasted in their roles in the movie, does do justice to them.

All in all, it’s a one time watch, especially for Aishwarya fans.

Take a look at what critics and celebs have to say about the female-centric Jazbaa:

#Jazbaa is a great thriller, holding the audience till the very end.aishwarya is amazing,shabana ma’am is flawless n irfan😍

Sanjay Gupta’s #Jazbaa has not just style but substance. Enjoyed myself watching it. @_SanjayGupta kept me hooked & thrilled till the end.