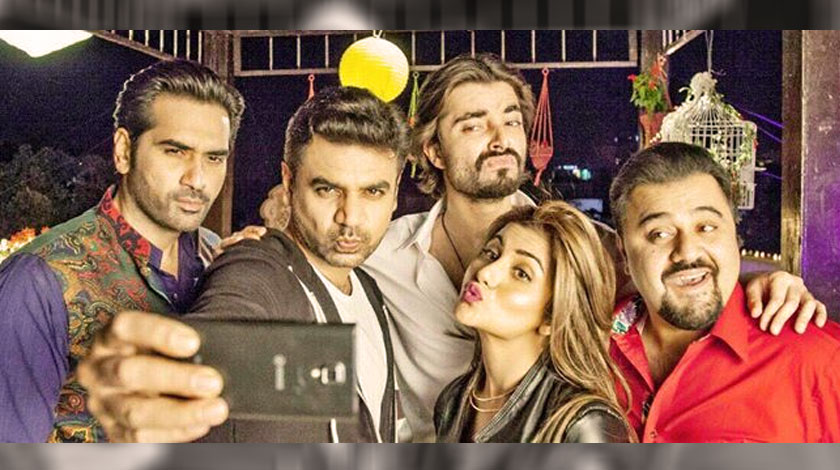 The movie has just finished filming in different parts of Thailand, including Pattaya, Coral Island and Bangkok and Karachi and has entered the post-production phase. After a tough final day of shooting in the scorching heat of Karachi, the cast and crew members gathered for an exclusive wrap-up bash to celebrate the end of shooting.

The story is written by Vasay Chaudhry and directed by Nadeem Baig, of the Dolly Ki Ayegi Baraat, Pyaray Afzal and Family Front fame.

The movie is not a mindless entertainer as most comedy movies are. According to Chaudhry, the movie has a strong storyline, revolving around the friendship, marriage and lives of four friends. The trailer and the storyline depicted strongly resemble the hit Hollywood trilogy, Hangover.

The trailer had created quite the buzz when initially released, with Hamza Ali Abbasi consequently resigning from PTI, for playing a role against his preachings.

The shooting of the movie hit a snag when Humayun Saeed had a road accident in Bangkok last year. However, the cast and crew members are quite happy with the final results of shooting and are excited about the audiences’ reactions, as stated by Humayun Saeed. The actor also shared how the four lead heroes had fun when they shaved their faces clean for the final shots.

Jawani Phir Nahi Ani is slated to hit the local cinemas on Eid-ul-Azha, with an international release to follow soon.