Home Entertainment Jawani Phir Nahi Ani 2 Cast NOT to Have This Actor!
Advertisement 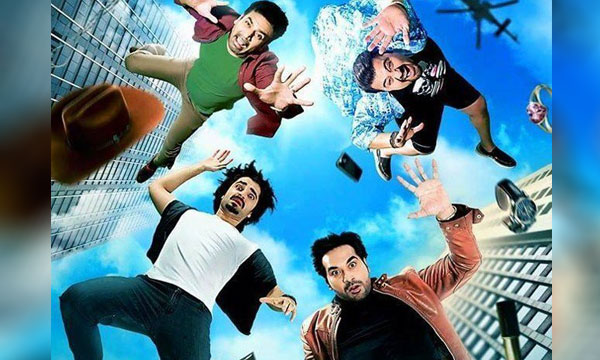 Movie-buffs loved the movie and critics lauded the flick for being the ultimate package of entertainment!

The Original JPNA Cast is now going to be missing one dapper actor! Can You Guess Who? In a recent interview with HSY on his show, the JPNA star, Hamza Ali Abbasi opened up about not being a part of the upcoming sequel to the movie. He shed light on the rumors floating around that hinted Hamza had chosen to exit the film due to a rift between him and lead actor, producer Humayun Saeed. Here’s what Hamza Ali Abbasi had to say about the rumors of his fight with Humayun Saeed over Jawani Phir Nahi Ani 2.

“It was a mutual decision, we’re all friends and there are no issues between myself and Humayun!”

The Mann Mayal actor chose not to continue with Jawani Phir Nahi Ani because:

“I don’t agree with the genre of it and won’t be doing it.”

Although he will be doing a scene in the movie in order to show connectivity for introducing Fahad Mustafa who will be replacing Hamza in the film.

While earlier, the prequel was shot in exotic locations of Thailand, this time the rom-com will weave a fun-filled adventure tale in South Africa.