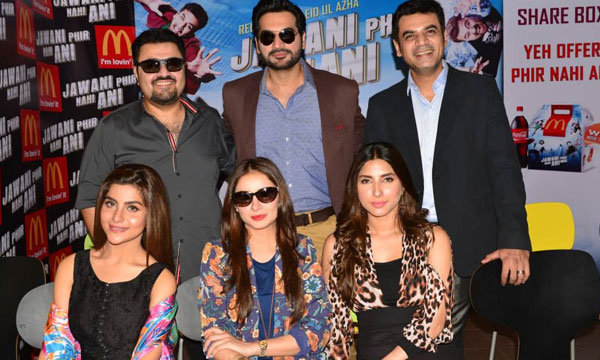 #jpna setting a new box office opening record ever with a business of more than Rs 20.7 million on 1st day in pak @Jerjees @Salman_ARY

The plot of the movie consists of four married friends, dissatisfied with their wives and moving to Bangkok to enjoy without their wives. You have to watch the film to know what happens next!

Our cinema is definitely in the game for good films with well-developed plots like Manto, Moor and Jawani Phir Nahi Aani.

If you have already watched the film, let us know your reviews in the comments below!