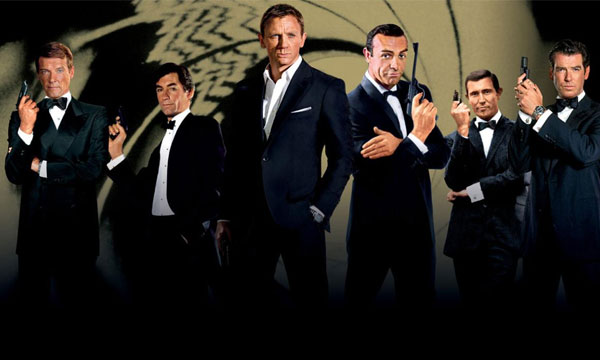 In his five decades seducing cinemagoers, James Bond has foreshadowed social revolutions and the rise of multinational terrorist organisations, turning into a popular culture icon along the way.

With his 24th silver-screen assignment “Spectre” due to premiere on October 26, the British spy seems more popular than ever.

His last outing in “Skyfall” took over $1 billion (880 million euros) at the box office.

Despite the flurry of speculation about whether a female Bond or a black Bond could spruce up the brand, it seems to be working well just as it is.

Experts put Bond’s longevity down to an age-old fascination with glamour, but also to the imagination of author Ian Fleming, who foresaw great upheavals in social attitudes and geopolitics when he created the character in 1953.

“Bond was a counter-cultural figure, a figure… of the sexual revolution,” said Stephen Watt, a professor of English at Indiana University and author of “Ian Fleming and James Bond: The Cultural Politics of 007”.

“At the same time, he is both a loyal subject and a sophisticate who likes expensive cars, gold-ringed cigarettes especially made for him, excellent champagne, and much more.”

As the sexual revolution ran its course and feminism became a strong force in western politics, the spy was accused of being out of touch and has even been called “sexist and misogynistic” by current big-screen Bond, Daniel Craig.

But old-fashioned machismo will always remain part of his appeal, said Watt.

“In a 1964 interview in Playboy… Fleming observed that ‘seduction has, to a marked extent, replaced courtship’,” he said.

“This was only one of the many prescient ideas Fleming voiced, and seduction — along with style, sophistication, and excitement — will always be a part of the Bond franchise.”

Craig has been credited with improving the brand’s image by exploring the complexities of Fleming’s character.

“There’s no doubt that the nature of the Bond films has changed with Daniel Craig,” said James Chapman, professor of film studies at the University of Leicester and author of “Licence to Thrill: A Cultural History of the James Bond Films.”

“The Bond they have today is more contemporary and slightly more rough-edged.”

Fleming had described Bond as a “believable man,” Watt said.

“‘Skyfall’ hints at this by returning Bond to his childhood home, an old caretaker, and a simple rural church and by his reaction to M’s death,” he said of the character who plays Bond’s boss.

“No matter how escapist the action gets, these human dimensions of affection and emotional fragility remain.

“The franchise fails when Bond evokes comparison with mere action heroes,” he added.

In the new film, which will receive its star-studded Royal Premiere in London, Bond will once again do battle with global criminal agency SPECTRE, which made its first appearance in 1971 classic “Diamonds Are Forever”.

Although a homage to the traditional super-enemy of Bond’s past, the SPECTRE group plays on very modern fears, helping the franchise remain relevant, said Watt.

“Fleming was uncannily prescient about… a world where bad actors typically don’t represent states, but multinational terrorist networks like SPECTRE,” he said.

“Bond thus gets to have both an old-fashioned ‘showdown’ with the evil gunslinger at high noon and continue after the fight because the network and its cells extend well beyond a villain or a nation.”

Sneak previews of the new film hint at a treat for devotees and nostalgists, with references to iconic moments from previous films set to further strengthen the Bond myth.

Despite its current success, Craig’s recent comment that he would rather “slit my wrists” than sign up for the role again suggests a cloud on the horizon.

The possible identity of his successor has already caused controversy, with Anthony Horowitz — author of the latest Bond novel — saying that “The Wire” actor Idris Elba was “too street” to play 007, sparking accusations of racism.

But Chapman dismissed speculation about a black or female Bond as “a media storm in a teacup” and refused to rule out another outing for Craig.

“One assumes this is simply round one in the negotiations around his fee for Bond 25!” he joked.