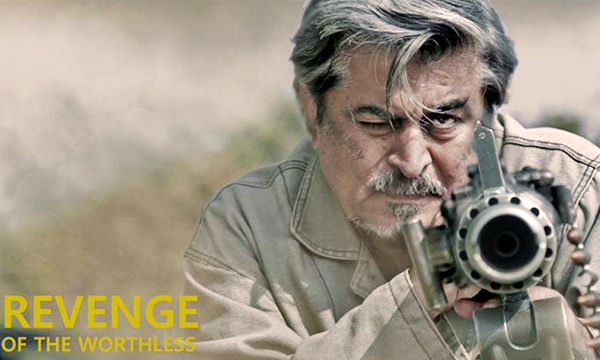 The movie highlights the heroic struggle of a few unsung heroes during 2009 Swat Insurgency. It highlights the intolerance in Pakistan. The movie is one of the highly anticipated movies of Pakistan.

As per a CBFC official, the movie has been cleared uncut. “Our priority is to try and ensure that local films are issued a release certificate without any excisions,” he said. “We are yet to receive a request to censor the movie [Sultan]. Once we have it, our panel review it,” he said.

Here is how twitter reacted after the release date of Revenge of the Worthless was announced:

A quality film #RevengeOfTheWorthless is releasing on 22 july 2016, don't forget to see pic.twitter.com/RPWYHvESDK

#RevengeOfTheWorthless much awaited piece of worth watching entertainment

Revenge of the Worthless hs bn cleared by Central Board of Film Censors (CBFC)#RevengeOfTheWorthless #ROTW pic.twitter.com/9GHapbxb2E

#RevengeOfTheWorthless #ROTW is abt da prevailing intolerance in Pakistan and the way our cultural narrative has been brutalized & defaced.

No doubt SirJamal Shah is a great actor and i m sure his movie will be too good. So lets wait for 22 July #ROTW #RevengeOfTheWorthless

#RevengeOfTheWorthless is #RevivingPakCinema waiting for this film it wil be a
blockbuster for pakistani cinema pic.twitter.com/aLaTZU9UY9

Less than 10 days remaining in release of #RevengeOfTheWorthless; hope the movie helps in #RevivingPakCinema! pic.twitter.com/VPb0pJKDOd

Pakistan’s cinematic revival is going strong, as proved by the many movies released – Na Maloom Afraad, The System, Operation 021, Jalaibee – and numerous more in the works.

One such upcoming movie is Jamal Shah’s ‘Revenge of the Worthless’.

Revenge of the Worthless is an upcoming Pakistani action drama film featuring the directorial debut of Jamal Shahand produced by Amna Shah under the banner Hunerkada Films.

The film revolves around the Afghan war bedlam that hit Swat almost four decades ago.

Read More: All You Need To Know About ‘Revenge of the Worthless’

This is no neatly packaged tale of the courage of one man beating the enemy. It is the story of the war we continue fight every day, and the men and women who have been part of the battle.

The film uses areas like Piyochar, the main headquarters of militants and hujras like that of the Pashtun legend Adam Khan Durkhanai and aims to present them as more than reminders of the struggle of the people of Swat.

It also pays a tribute to those who struggled in the mayhem the most and yet have not been credited for their bravery.

View the trailer of the movie below:

Revenge Of The Worthless (Official Trailer) HD by entertainmentaslihd