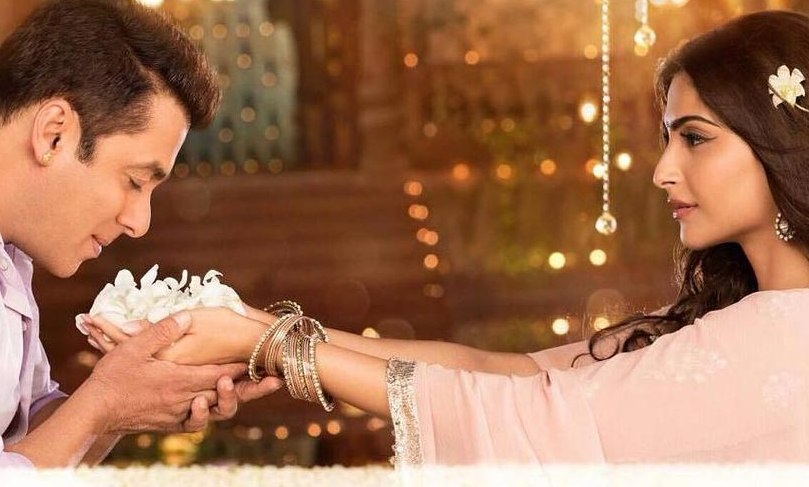 Bollywood’s latest most popular pair Salman Khan and Sonam Kapoor are on a roll! With their movie, Prem Ratan Dhan Payo slated for a Diwali release, both the stars are up and about with round of promotions of the movie.

The film’s latest romantic song “Jalte Diye” has hit the airwaves today. Truly, it unveils the electrifying chemistry between Khan and Kapoor, taking the element of romance to fresh heights in the movie backed by powerful beats, heart touching lyrics and soft vocals.

Check the glimpse of the song earlier shared by Salman Khan on Twitter, heightening up the hype and making his fans ecstatic to witness him as the all-time lovable Prem yet again!

Check how the bubbly Sonam matched her concept of love with Jalte Diye.

The duo will give another dose of their sizzling equation together at Life OK’s ‘Prem Ki Diwali’ event. Till now, some dazzling pictures of the couple have been released of their promotion in the program, soon to be aired on Diwali and their both appear spectacular in the show.

Oh my god thank you so much!! #Repost @richachadda ・・・ For you my love @shabinaakhan, the choreographer behind the famous moves, and the glorious executor @sonamkapoor #PRDP