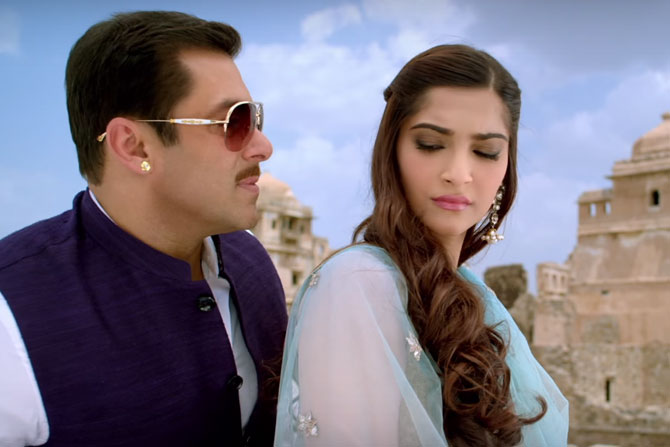 Amping up the anticipation for an already much-awaited movie, Jab Tum Chaho features Khan wooing an upset Sonam. The duo makes for a striking couple, complementing each other with such perfection!

Previous song releases from Prem Ratan Dhan Payo had been quite a hit too with the title track leading the charts amongst all.

All songs in the movie have been composed by Himesh Reshammiya with lyrics written by Irshad Kamil. The playback singers behind the impressive movie scores are Palak Muchhal, Darshan Raval and Mohammed Irfan.

The much touted Bollywood extravaganza featuring Salman Khan in a double role and the delightful Sonam Kapoor opposite him, is all set to hit theatres over the Diwali weekend on 12th November 2015.

The movie will reunite Sooraj Barjatya with Salman Khan aka Prem after 16 years.