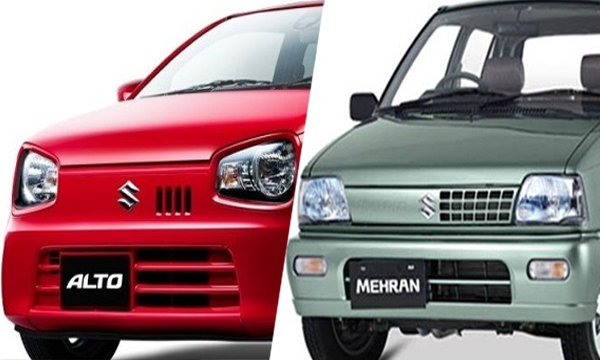 Suzuki Mehran has been the ‘King of Roads’ for over two decades, however, that is not the case anymore. However, the King has been dethroned by the 8th generation Suzuki Alto, the new talk of the town these days.

Is high time to bid farewell to Suzuki Mehran?

In 1989, Suzuki Mehran (second generation Suzuki Alto), arrived in the local market of Pakistan priced at Rs. 90,000. At that time and over the years, it remained the most affordable car for the common man.

Having an 800cc carburetor engine and basic leaf-spring rear suspension setup, Mehran was the easiest vehicle to maintain. That’s why it ruled the hearts of many and became the perfect economical package. Today, in the age of technological revolution, the demand for advanced technology and latest features has exceeded, which the Mehran dreadfully lacks. The fact is that Mehran has not seen any the significant changes from the time it was launched some 27 years ago.

So far in almost three decades, the electronic fuel injection can be considered to be the only technological advancement the car has seen. Some minor amendments in exterior and interior were made though like variations of headlamps and bumpers and a radiator grill too.

Suzuki Mehran is still utilizing the three-decades-old 70s’ technology and does not have any safety feature like other cars. With no collision protections, an absence of airbags and ABS brakes, it is one of the most unsafe cars in today’s modern age.

The Myth of Being Fuel Efficient Busted

Instead of  improvements in car’s build to be robust, it has declined over the years. The exterior body of the car cannot even bear a small collision or jerk and gets severely dented in this case.

Suzuki Mehran does not give you any driving pleasure as it lacks advanced innovative technology features, to allow the driver to enjoy a smooth ride. The other cars we have available nowadays in almost the same range (engine-wise), manage to give a better driving experience. The car still travels with the same carburetor and leaf springs in the age of automatic driving cars.

Suzuki Mehran is Not Environment-Friendly

Suzuki Mehran is an old patterned car lacking new features a modern car boasts, one of these features is the lack of efficiency which makes the car a pollution exhaling machine, its not Eco-friendly. Nowadays it is an essential feature and almost every new car come up with it to save the environment.

Buying a new Mehran including all other minor expenses and costs nearly Rs. 800,000. While the Mehran is simple, it excludes the latest features and advanced technology, it has a hefty price tag. Car buyers consider that it is not worth this amount.

Pak Suzuki cannot exceed Mehran’s life-expectancy anymore. The company should come up with other options of fuel efficient, safer and environment-friendly cars that give great driving experience. The tipping point has been touched for the replacement of Suzuki Mehran.