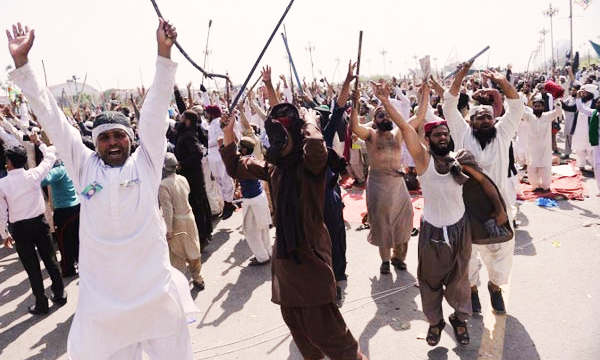 Islamist protesters gathered in the Pakistani capital ended their days-long sit-in on Wednesday after claiming the government had agreed to a number of their demands including the hanging of a Christian woman convicted of blasphemy.

Pakistan‘s Interior Minister Chauhdry Nisar Ali Khan denied however that a deal had been struck, saying the demonstrators left “on their own accord”.

The protesters — who numbered some 25,000 at their peak — had gathered Sunday in support of Mumtaz Qadri, who was hanged in February five years after he assassinated a liberal Punjab governor over his calls to reform the country’s blasphemy laws.

The demonstrators clashed with security forces in Islamabad before setting up camp outside key government buildings along the capital’s main Constitution Avenue. 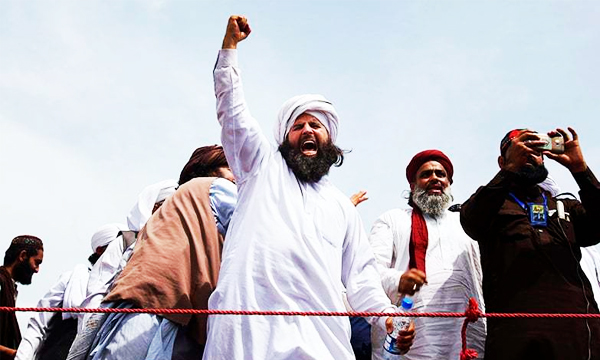 Ashraf Asif Jalali, one of the protest’s main leaders, told reporters at the protest site Wednesday evening: “As a result of the continuous four-day sit-in, the government has accepted our demands.”

“Nobody involved in blasphemy against the Holy Prophet will be given concessions, whether they be Asia Bibi or anybody else,” he added, referring to a Christian woman on death row since 2010 over a dispute with Muslim women involving a bowl of water. 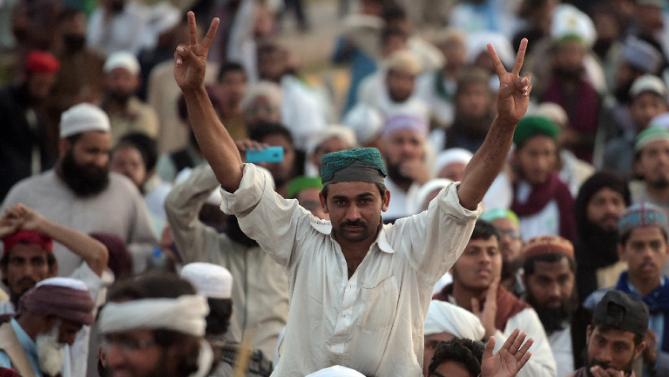 He added that the government had also agreed to not make any changes toPakistan‘s controversial blasphemy law, which critics say is frequently used to oppress the poor and minorities. 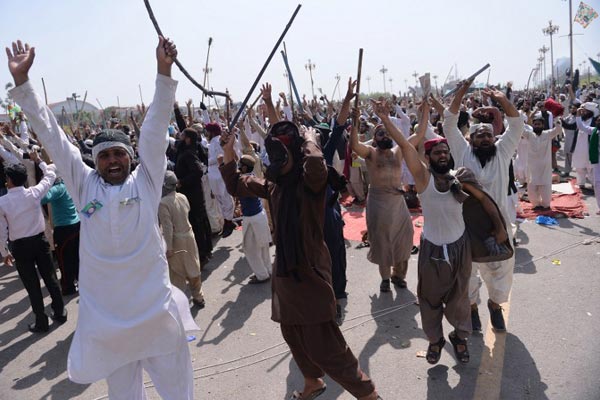 However, the interior minister denied any such deal was made.

“There has been nor written or any other form of agreement,” Khan said.

“We were about to give orders to law enforcement agencies for clearing the area but then two religious personalities intervened.” 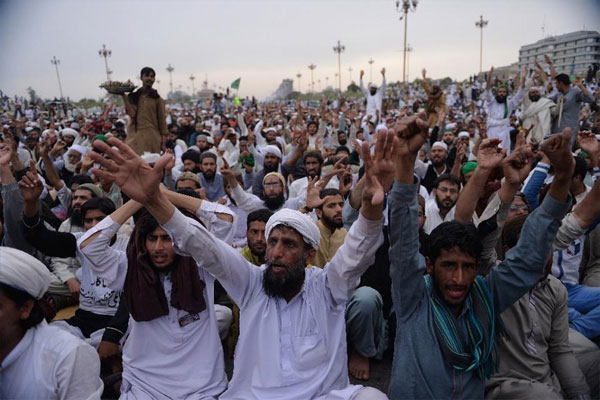 The minister added that the protesters then decided to leave on their “own accord”.

A police source said more than 7,000 security forces were poised to clear the sit-in, including the paramilitary Rangers and Frontier Corps with reinforcements from the Punjab police, while army troops guarded key government buildings. 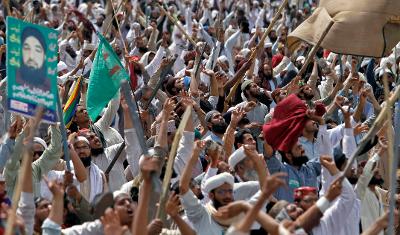 Columnist Gul Bukhari said that after initially underestimating the protesters and failing to read their intentions to hold a sit-in following funeral prayers Sunday, the government had acted wisely by allowing them to tire out and displaying an overwhelming show of force.

“The show of force was put out and, in the end, all they got was a safe passage out,” she said, adding there was nothing in the agreement claimed by the protest leaders that went beyond the current status quo and it was a “face-saving measure”.

“Of course, there are no amendments planned on the blasphemy law. But there was no question of that happening. The government doesn’t even have the prerogative to change the law, that is with parliament.”

Bukhari added that the case of Asia Bibi together with other blasphemy convicts was also a judicial matter and would not be affected.

Hailed as a hero by right-wing religious groups when he murdered Punjab governor Salmaan Taseer, the demonstrators have demanded that Qadri be named a “martyr” and called for the execution of Asia Bibi, a Christian mother of five convicted of blasphemy.

Pakistan has 17 people on death row for blasphemy including Bibi but has not executed anyone yet.

Qadri’s hanging hailed as a “key moment” by analysts in Pakistan‘s war on religious extremism, has become a flashpoint for the deep divisions in the conservative Muslim country.

His funeral earlier this month drew tens of thousands in an extremist show of force that alarmed moderate Muslims while the call to hang Bibi along with the Easter attack in Lahore has underscored a growing sense of insecurity forPakistan‘s minorities.

On Wednesday, the death toll from the Lahore bombing climbed again to 74. Dozens more remain in hospital, seven of them critical, medical staff told AFP.