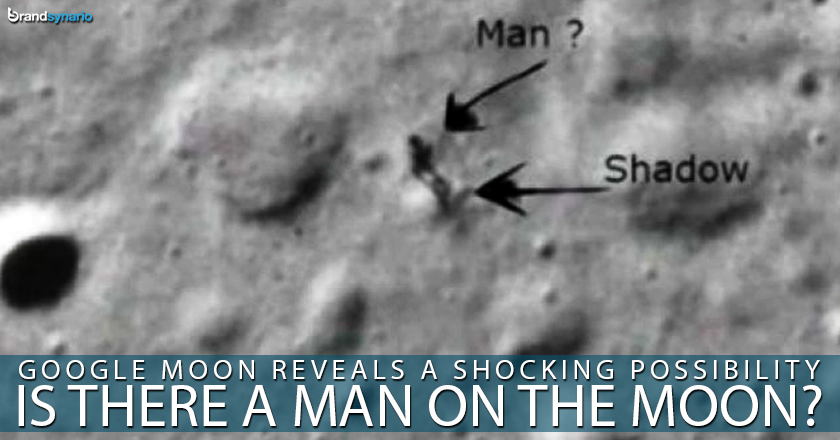 Google Moons shows a shocking possibility – A man walking on the surface of the moon. The video has received millions of views in a few hours. Wondering, is it a man? An alien? An alien statue or what?

Check out the video that created major distress in even the best of astronomical scientists:

So what’s the truth behind the man living on the moon?

Like, many things in the world, Google Moon is also not foolproof. In fact, leading science centric website – iflscience.com clears the misconception that seems to have fooled thousands of people.

The image you see in the video above is a classic case of pareidolia – our ability to see faces and other recognizable shapes in random formations – a psychological phenomenon which affects all human beings.

This is an evolutionary trait that the human race has developed over centuries of evolution, the fundamentals of which reach back to our earliest ancestors, who made good of this ability to identify a hungry lions’ face hidden in the bushes.