Home Articles Is Operation 021 Worth a Watch ?
Advertisement 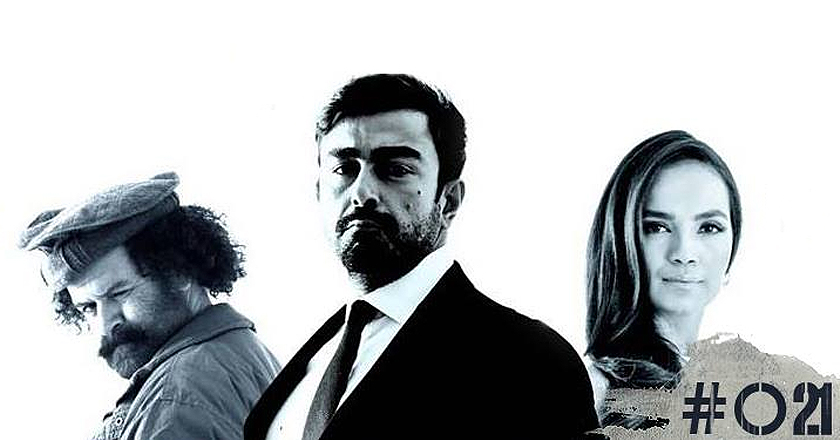 The Shaan starrer Operation 021, released this Eid-ul-Azha, didn’t quite live up to the great expectations set by the  phenomenal success of Waar.

The premier, screened before Eid, met with audience and even some celebrities (read Aamina Sheikh) leaving the show after the interval. In spite of the negative premier reviews by some bloggers,  Operation 021 did show some initial positive reponse at the box office.

However, two of Pakistan’s oldest cinemas Capri and Bambino received more of a negative response where some memebers of the audience threw bottles at the screens and chanted “Hamarey paisay wapis karo” during the first show of the movie, resulting in both the cinemas taking the shows off screen and replacing them with Bang Bang and Na Maloom Afraad.

Before I go any further, watch the trailer here:

Some of the reasons attributed to this unexpected response may be :

First and the most obvious: the movie uses English as one of the main languages and the  majority of Pakistanis (despite what we like to believe) cannot understand the language well enough. The majority of cinema goers who watch movies at cinema houses like Capri and Bambino, would therefore not have been able to relate to the movie, will not understand the plot and thus boo the movie. Perhaps in the marketing of the movie, the choice of the language used should have been made clear so making it a clear choice for those who would understand it. Oh wait, there isn’t much Urdu in the movie either; there is Pashto and Darri to confuse the audience even more.

Secondly, the movie is not your usual straightforward action flick, with a prologue introducing everyone and setting up the storyline. It starts off with all stories being narrated at the same time, with different points of views, making the movie complex and challenging to understand. While many have booed the film off for this reason, others have loved it for the same.

Moreover, the movie plot is based on Afghanistan and its mineral reserve. Don’t we have enough of our own problems to make movies on? Maybe Na Maloom Afraad fared better with the audience because it related to the everyday problems of the masses, instead of that on a war stricken Afghani man on a mission.

With an action movie like Bang Bang, starring Hrithik Roshan and his six pack, in competition, Operation 021 was bound to be a miss. Pakistanis, with their never ending problems, go to the cinema for masala entertainment. Operation 21 is built on some very serious issues, which no matter how truthful and realistic as compared to Hrithik zooming off in sports car, will probably never be welcomed as entertainment.

Shaan is shown as a true hero, who always puts his country first at the expense of his family. But then again, we already saw him like that in Waar, didn’t we? Yes, the movie isn’t another Waar but Shaan’s role bears a very strong resemblance.

The acting by the rest of the star cast is all good but you can see  flaws in the direction. The dialogues seem artificial; the scenes feel heavily edited to the point that they seem disconnected and the general storyline weakens as the story progresses.

These imperfections might be attributed to the change in directors during the course of the movie. Also, for a movie marketed as “intelligent”, the producers should know that the US Congress Capitol Hill Building is not the CIA Headquarters as shown in the movie.

Operation 21 was not a bad movie with respect to the story or production; it was just not able to connect with the majority of the Pakistani audience. With better direction, it could have been more successful.

What’s your opinion about Operation 021? Share with us in the comments below.