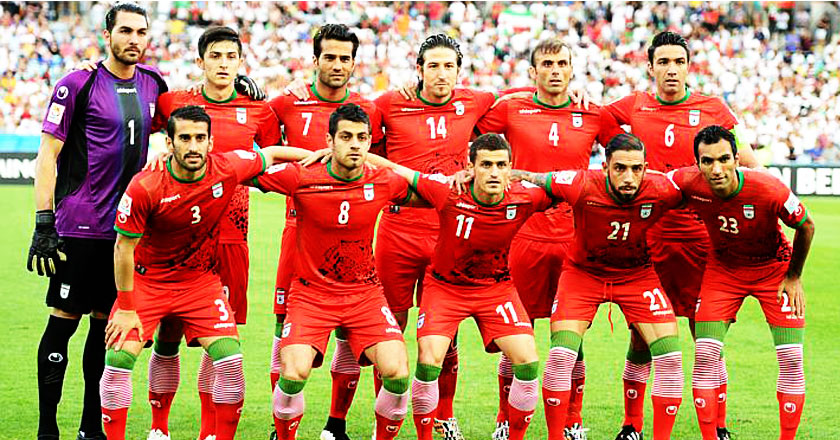 Iranian footballers have been warned against posing for selfies with Australian female fans, by their local authorities, during the ongoing AFC Asian Cup Australia 2015 matches.

At these matches, there has been a large turnout of female fans, who are mostly Iranian by birth, and were clad in Australian summer attire, which is considered immodest in Iranian culture.

Despite Iran’s population having a massive football fan following, there is gender-segregation in matches which take place in the country.

On Sunday, amidst the excitement of these selfies posted by the enthusiastic fans were doing rounds on social media, the warning was issued.

He also stated that, “National team players should be aware that they won’t be used as a political tool so that those who take pictures with them don’t use these photos against the players.” Another reason for the objection of the authorities is the questionable attire of these women which is not considered modest.

One of the pictures that caused controversy featured a fan wearing a short midriff top and holding up a flag which stated ”Will AliReza marry me?” Alireza Haghighi is the goalkeeper for the team, who was selected to play for this tournament by the Iranian Football team Coach, the Portuguese Carlos Queiroz. This Coach has also been addressed regarding the behavior of his team.

There are about 70,000 Iranian natives, residing in Australia and many of them are hardcore fans of Iranian football players and enthusiasts of the game as well.

The team has won this Asian Cup thrice in the past and his time around it has already defeated Bahrain and Qatar.