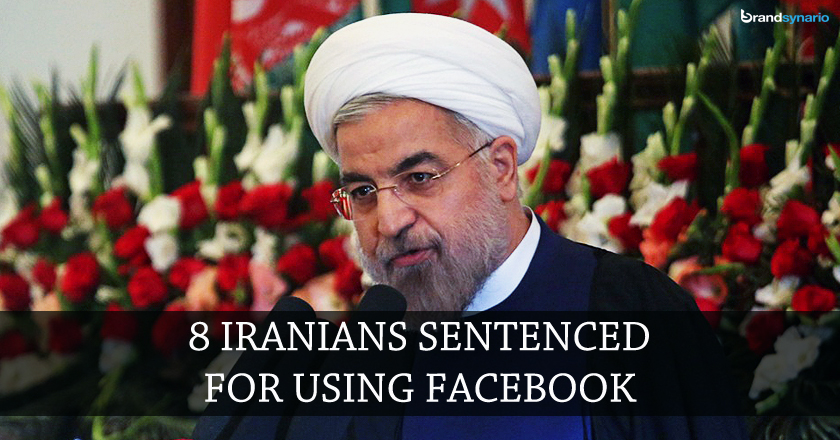 Iran has been in the news for its social media strictness since forever. With social media giants like Facebook, Whatsapp and Twitter banned in Iran, it leaves a much smaller room for Iranian’s to freely raise their voices. And those who do raise them through proxies or other ways get sentenced for severe criminal acts.

Such were the eight Facebook users in Iran, who despite of being blocked from using Facebook, posted insults about Iran’s supreme leader Ayatollah Ali Khamenei out of their free will.

This got them a combine sentence of 123 years based upon various charges including spreading lies, insulting Iran’s Supreme Leader, Blasphemy and propaganda against the Iranian State.

The sentence was not only seen as too harsh by the international authorities, but was also criticized upon by Iranian Human Rights Experts as unusually harsh and indicator of a warning for other Iranian citizens.

“The ruling […] is clearly intended to spread fear among Internet users in Iran, and dissuade Iranians from stepping outside strict state controls on cyberspace,”

It came as a surprise when Roya Saberinejad Nobakht, a British lady who was previously detained in Iran for calling Iran’s government “too Islamic” and “too controlling” in her online chat with her friends, was also found to be one of the arrested individuals.

When reached for explanation, the British authorities said,

“We are aware that a British national has received a custodial sentence in Iran,”

“We are seeking to establish the full facts and are following up the case with the Iranian authorities.”

No more of this case is known for now, except for the names and sentenced periods of the arrested individuals, which include,

Iran’s strict policies opposing social media has caused many cases of social media violations in the country, another of the last ones involve the arrest of 6 young adults, who were arrested for celebrating happiness in a Youtube video.