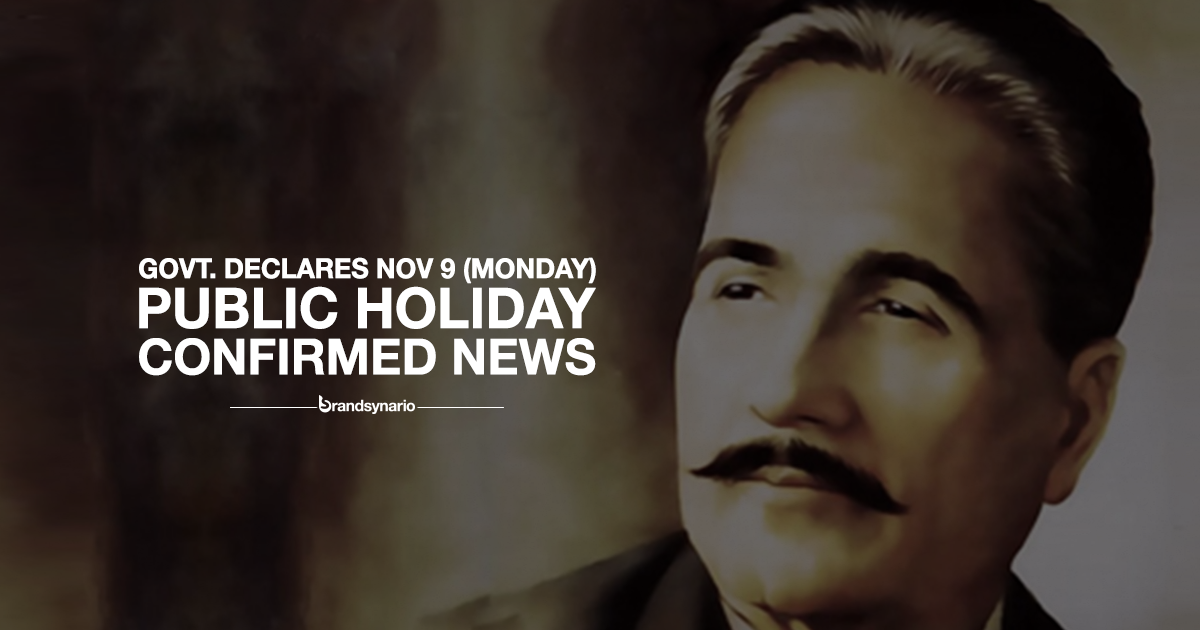 The Ministry of Interior has revoked its earlier decision and declared Iqbal Day, Nov 9th, a public holiday. According to ARY News, the ministry issued a fresh notice confirming the holiday.

The earlier decision to cancel the holiday didn’t go well with the public. They took their frustration out on various social media sites. The earlier issued statement clearly revoked the holiday as reported in the earlier news,

It had said in an earlier notification, “November 9, (Monday) will be a working day. All the offices and education institutes would remain open as per routine.”

After fair amount of speculation, the Government of Pakistan has declared Iqbal Day, Nov 9 as a working day. ARY News reported that Iqbal Day, November 9 will not be a holiday.Iqbal Day will not be a day of public holiday in Pakistan, according to the Interior Ministry.