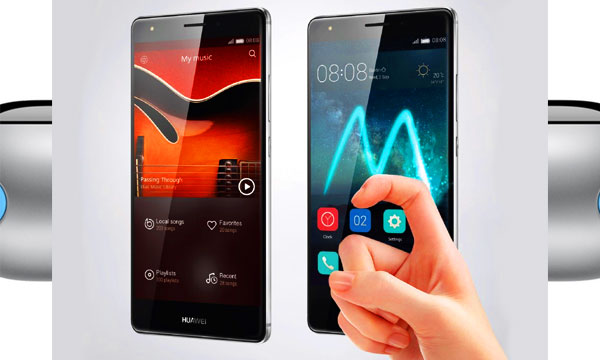 After debuting Force Touch technology in Apple Watch and MacBooks, the technology is finally making its mark on the iPhone by the release of iPhone 6s and 6s Plus with another name (3D Touch). But the surprise comes here, competing here with the Apple flag bearer is the Huawei Mate S; currently the only Android smartphone boasting the Force Touch technology.

It’s obvious that other companies will also throw their flagships in the game with the same technology but for the time being it’s only a two-horse race. The debate is still premature on whether which smartphone implements the better version of the technology because simply specifics apps aren’t developed yet to make extensive use of the technology.

How iPhone 6s Makes use of Force Touch

A huge change 3D Touch brings is the way people use iPhones and navigate around the iOS. Apple has introduced two Force touch features ‘pop’ and ‘peek’. Pressing and holding on to is ‘pop’ while pressing lightly is ‘peek’.

Currently, only native apps can make use of 3D Touch like Mail, Messages and Safari, etc. Pressing lightly on an email in Email app gives you a preview of the email, put more pressure and the full email pops.

Perhaps the most useful 3D Touch interaction is in Safari. You peek on a hyperlink and it shows you a preview of the underlying web page. If you don’t like it, you leave it. Otherwise, you press tougher and it opens the full web page.

Another nice interaction of 3D Touch is while navigating through the Home screen. You peek on app icons and it opens up a list of useful shortcuts (Apple calls it Quick Action) to different features of the specific app or you simply press tougher or ‘pop’ to open the regular app interface.

How Huawei Mate S Makes Use of Force Touch

Huawei’s take on Force Touch technology is indeed very limited and the gallery specifics features Huawei showed off in the press conference won’t be available till it launches Mate S Luxury Edition later this year.

That feature enabled previewing images while browsing through the gallery. Another handy zoom feature enables the user to zoom into a single image while pressing display harder. It works by zooming into the image when force-touched. The more you apply pressure, the more it magnifies the image.

Despiet its usefulness, the precision is still low and it’s due to the feature being used on a test model and would be improved when the actual consumer line is released.

Another cool app turns the handset into a weighing scale. It measures the weight by pressure applied by the object placed on the surface of the handset. The item should be in the range 100 to 400 grams to be measured. There is still a lot of room for improvement in how the native apps make use of the technology and surely it will be improved and it evolves will be interesting to see in the coming months.

It’s too early to be an impatient judge as the technology is still in its first generation and will be improved by the manufacturer itself and while the updates arrive to household apps to make full use of the technology. So for the while enjoy using it and have fun!