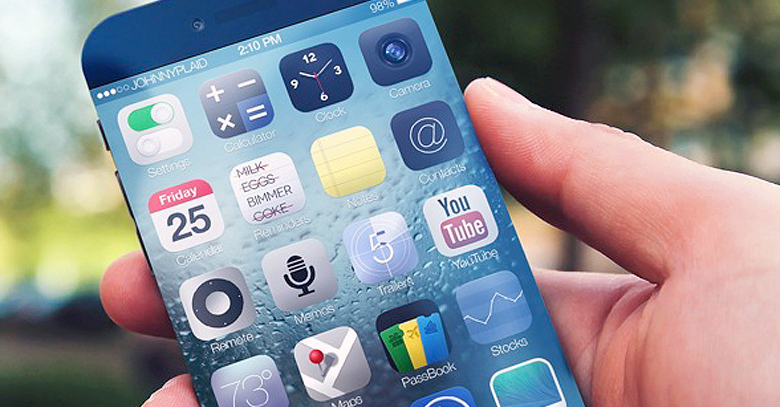 iPhone 5S seems to have ignited a fire in its users since its launch with applications that made it a success. iPhone fans are hoping that the upcoming iPhone 6 will be bigger and better.

The wish list, which many hoped that iPhone 5S would fulfill, has now been handed over to the 6th generation of iPhone which according to the rumors will definitely blow peoples mind away with its innovative design and sophisticated technology.

While Apple has yet to say anything about iPhone 6, rumors and leaks are storming in which mostly point towards a March 2014 release date for the next-generation iPhone.

Following the iPhone’s history, one can hope for innovation and technological advancements that over rule its previous versions. The stakes this time around will be high as competition builds up from Samsung and Nokia.

We expect the iPhone 6 to include the following features:

The rumors regarding specifications and features say that iPhone 6 will have a bigger display screen, ranging from 4’5 to 5 inches.

Rumors have it that this time around Apple will finally launch the much awaited curved, wraparound screen feature which can be “unrolled” or “unfolded” with the help of a hinge which is “a hardware device that mechanically joins or affixes two or more objects together,” according to the patent.

It will also include facial recognition, gesture control and 3D screen.

With iOS 7 being launched and welcomed enthusiastically, it is only natural that iOS 8 will be one of the main attractions of iPhone 6.

One can expect a September or October release date for iOS 8 in line with previous releases.

The processor chip will be upgraded from A7 to A8. A7 has already made iPhone 20 times faster than its previous versions and with the upgraded version iPhone will surely become a beast to be reckoned with.

Wireless charging is still not main stream but Tech reports claim that Apple has filed patents for efficient wireless charging including a feature to adjust volume as you move them away from your ears.

Will iPhone 6 really come with features mentioned above? We cannot be sure but for now this seems like a good build up as we move on into the New Year with the hope of something that is sure to keep us on the edge of our seats.