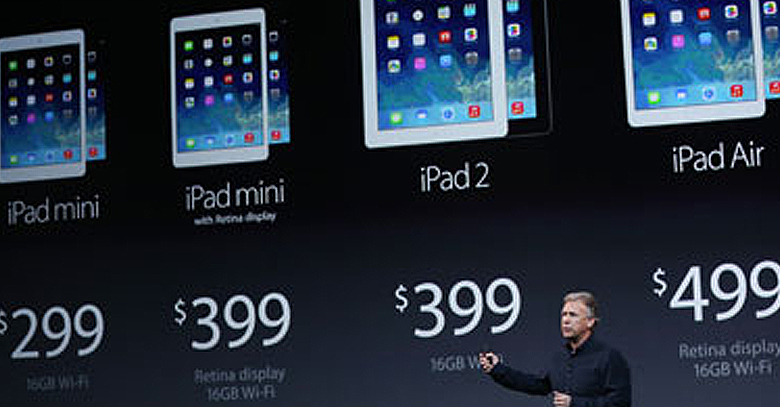 iPad Air and iPad Mini have probably been the most awaited tablets worldwide. Ever since their official launch worldwide, Indian consumers have exhibited massive ‘demand’ for the product, thus making room for black market importing of the product with open wide doors. This has caused the high prices of iPad Air & Mini in the country.

Good news for Indians as iPad Air and iPad Mini will be officially available in the country from December 7th, 2013. Not only that the millions of Apple enthusiast will be able to buy the latest iPads – Air and Mini – with prices starting INR 28,900 onwards.

To be more specific, the 16 GB Wi-Fi only iPad minis, with Retina display, will be available for a mere INR 28,900. On the other hand, its equivalent iPad Air model will come with a price tag of INR 35,900, which will be available all across the country from the launch date.

Apple has yet to announce the prices of the 32GB, 64GB and 128GB editions of the famous iPad Air.

As per the specifications reported, the all new iPad Air features a 9.7-inch Retina display with a new thinner and lighter design. It weighs somewhere around 450 grams. The device is also 20% thinner and 28% lighter than the fourth generation iPad.

Apple decision of introducing iPads to the Indian market is strategically placed soon after Google launched the second-generation Nexus 7 tablet in the country.