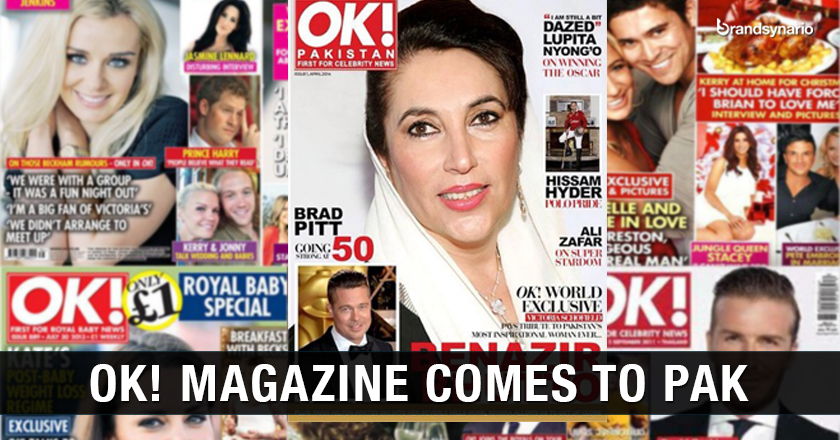 OK! Magazine, the international celebrity magazine has finally made its way to Pakistan to become Pakistan’s first celebrity gossip magazine

Officially launched by Juicy Publications (Pvt.) Ltd owned by Saher H. Paracha the inauguration and launch ceremony of the first issue was held on 22nd March, 2014 at Mohatta Palace, Karachi.

Having its customized publication presence in all countries of the world, OK! Magazine has finally entered Pakistani market now. This definitely shows that we are improving on the international readership rankings.

OK aims to revolutionize Pakistani celebrity and entertainment industry by highlighting all celebs’ lifestyle updates, while at the same time keeping its sole focus towards the promotion of Pakistani heritage and culture.

OK’s first cover edition features Benazir Bhutto as Pakistan’s legendary and most inspirational women. The magazine will be available for purchases at all the leading bookstores and news agencies which will be followed by regular editions of the magazine on 1st of every month at a cost of Rs. 500 per edition.