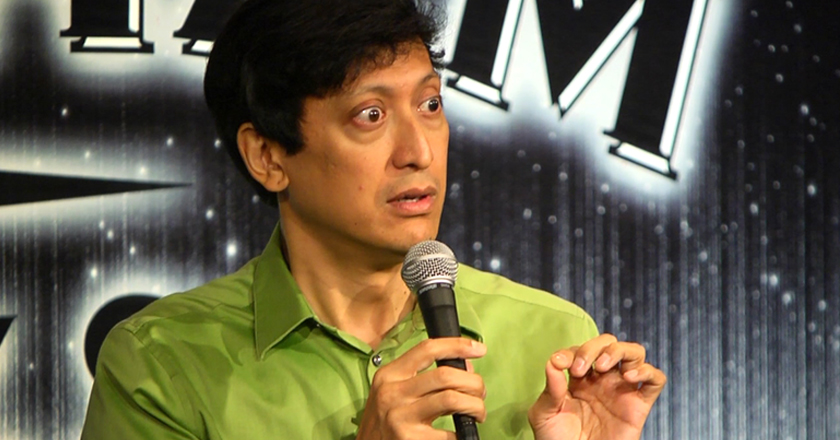 The famous American comedian, Dan Nainan will host the show, ‘Comedy Night by Dan Nainan’ on 7th and 8th February 2015 at Arts Council, Karachi. The show will start at 7:30 pm and the price of the ticket is Rs. 1,500.

The show is sponsored by Berlitz Languages, Inc. which is currently present in 78 countries to celebrate its milestone of ‘138 years of innovation’.

Geo and Jang are the official media partners and the tickets are available at Expresso for sale or can be purchased by calling Berlitz Language Centre for free delivery.

The comedian’s performance has been praised by Barack Obama as “hilarious”, by Russell Peters as “Hats off”, and by Hilary Clinton as “He is awesome!”.

The senior technological engineer stumbled into a comedian’s profession when he took comedy classes at Punchline Comedy Club in San Francisco to combat his public speaking fear.

The Video tape of his performance in  comedy classes earned him a entertainer’s spot at Intel’s conferences for two years. After which he recognized his own talent and resigned from Intel to peruse his career as a comedian after which there was no stopping him.

In his early years as a comedian he won the comedy contest at Washington DC after which he performed in America’s top comedy clubs and gathered more and more fame with each coming year.

Dan has performed for famous personalities like Obama, Hillary Clinton, Micheal Bloomberg, Steve Woznaik, CNN’s Dr Sanjay Gupta, Howard Dean, Connie Sellecca and others.  Dan has also published a book titled, “How to Become a Full-Time Standup Comedian” in April 2012 and is currently working to publish his second book.

Here is a video of the stand-up comedain performing for over 4,000 people:

The comedian will surely take back his share of fame and appreciation from Karachi.