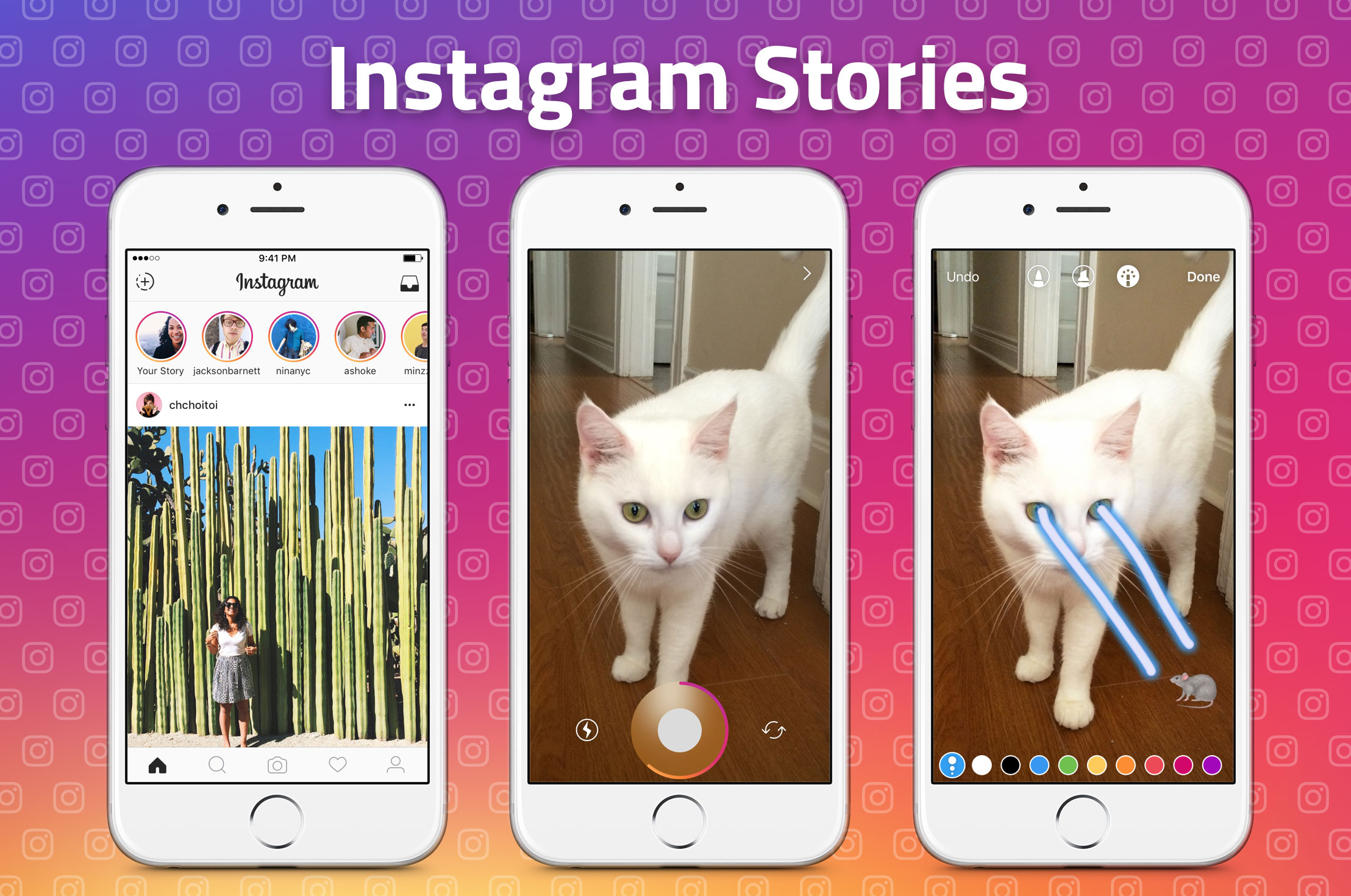 Instagram has updated its app with a new feature called ‘Stories’ –a 24 hour only feed, copied from the most-used feature of the image messaging app Snapchat. “With Instagram Stories, you don’t have to worry about overposting, Instead, you can share as much as you want throughout the day — with as much creativity as you want.”

Facebook-owned Instagram  is the biggest photo-sharing social network of the world having about 300 million users daily. However, it still simply did not bother to change the name of the feature it copied from Snapchat.

The feature also allows text and drawing tools in ‘Stories’ feature to bring these moments to life- another trademark feature of Snapchat.

The new Instagram Stories feature will now be seen at the top of your home feed as circled profile pictures. The people with whom you interact the most will be on the top as well.

Instagram Stories is easy to use for those who have used Snapchat before. The profile photo will have a colored circle around it if there is something new/recent to see. You can tap on any of these profile pictures to see that person’s story, swipe to switch to the next and if you want to comment, tap and send a private message to that person on Instagram directly.

A couple of months ago, Instagram completely revamped the app layout, introducing a new purplish-pink icon and changed the order of the posts that were to be displayed. However, they received severe criticism over the update and considering that this indeed is a daring move by Instagram.