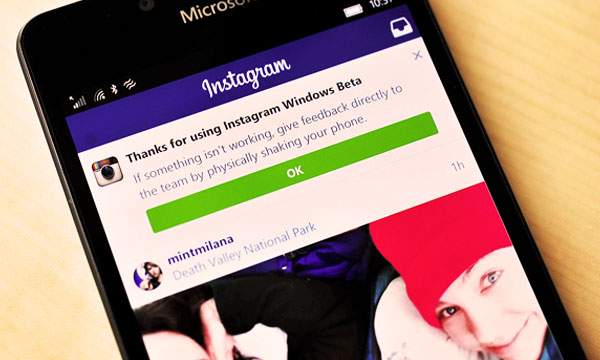 A host of companies may have stopped developing apps for Microsoft’s Lumia phones but Instagram isn’t one of them. On Monday, it rolled out an app especially for those smartphones running Windows 10.

This will help users make the most of the phones’ and phablets’ killer features – incredible imaging capabilities.

However, the app, though comprehensive in terms of its feature list, is still in beta form and so expect some bugs. To give the app a go and to help developers iron out issues, head over to the Windows Store.