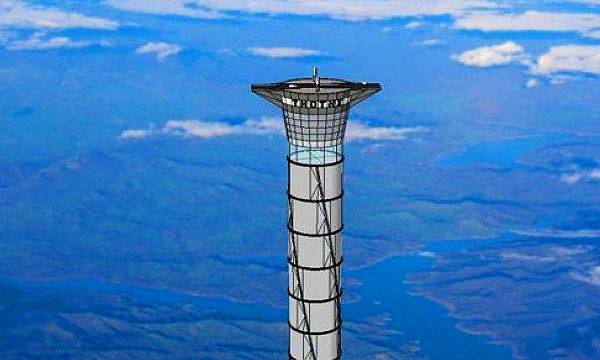 An elevator rising 20 kilometers high into the sky – perhas like the space towers from old time cartoons of  “The Jetsons” will come to reality this July.

A Canadian company, Thoth Technology, based in Pembroke, Ontario, has been granted patent from U.S. for space elevator technology in July. The company aims to build “freestanding space tower” that would stretch up to 12 miles above the Earth.

If built, the tower would be 20 times higher than the current tallest building, Burj Khalifa which stands 830 meters (2,723 feet) high from ground.

The self-supporting tower will transform the space travel as Thoth Technology believes it would. It will be able to deliver equipment and personnel to a platform atop and as the patent states, it could be used for research, communication or tourism purposes. The tower will function like an inflated airport at the edge of space and is expected to aid space travels. 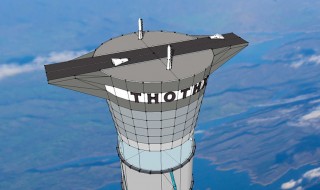 The idea of building space towers has long been loitering among scientists. The idea was first put forward by Russian scientist Konstantin Tsiolkovsky in 1895 which was later revisited by Arthur C. Clarke after a century in his novel. But the challenges associated with its completion have never allowed it to see a realization.

However, the recent design proposed by Thoth Technology is more technically sound and feasible.

The engineering challenge is to maintain the structural integrity of this tower and make sure that it doesn’t snap into two,” said Ishwar Puri, dean of engineering at McMaster University in Hamilton.

The tower, according to patent, will be built on pressurized stacked-cells making it a stable self-sustainable structure.

“Landing on a barge at sea level is a great demonstration, but landing at 12 miles above sea level will make space flight more like taking a passenger jet.”