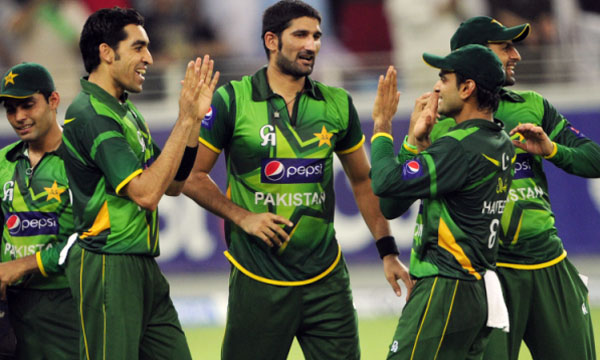 UPDATE: Mamata Banerjee, Chief Minister of West Bengal has given assurance of foolproof security of the Pakistan cricket team during the World T20 tournament. Pakistan has been requesting for security for a long time now before sending the team India, due to security concerns.

The chief Minister of West Bengal has written to Bengal Cricket Association’s president Sourav Ganguly requesting to inform the BCCI and the ICC that the government will provide complete security to the Pakistan team at the Eden Gardens, Kolkata match to be held on 19th March.

Approval for players to travel to India expected in a few hours.

On the other hand, Kiren Rijiju, the India Minister of State for Home Affairs stated on Friday that no assurance in written form will be provided to Pakistan related to its security in the World T20 2016 matches to be held in India.

He stated that proper security is already arranged for all teams.

“We are there to protect all the teams who are participating in the World Cup and it is our obligation and sovereign duty to secure everybody who is in Indian Territory. It is our duty to provide security to each team. CISF will be the provided security at the venue,” reports NDTV.

The BCCI has already moved the Dharamshala clash between India and Pakistan to Kolkata. As the protests by former Army personnel were on the rise in Dharamshala, PCB made the request to shift the venue which was later agreed to.

Shehryar Khan also sent a letter to the interior ministry as well as the written assurance received from Chief Minister of Bengal. Shehryar Khan stated that had Pakistan failed to participate in the World t20 tournament PCB would have faced a loss of 1.5 billion.

Indian interior minister Rajnath Singh claims that Indian government will be given foolproof security to Pakistan team in mega event of ICC.

Pakistan has its first World t20 Match on the 16th of March with the qualifying team.

Pakistan interior minister Thursday ruled out sending the national cricket teamto India for the World Twenty20 until security assurances come from New Delhi, saying the threats from extremists are concerning.

The Pakistan team were due to fly out on Wednesday to play in the World Twenty20 cricket tournament but their departure was put on hold by the government.

“Until and unless clear guarantees on security come from the Indian government, unfortunately, we are not in a position to decide sending the team,” Interior Minister Chaudhry Nisar Ali Khan told the media.

Khan said the government and every Pakistani wanted to see the former champions play in India.

“Despite a lot of apprehensions and the fact that India does not want to playPakistan (in bilateral series) on one or other pretext, the government and every Pakistani fan want to see our team, who are former champions, to go and play,” he said.

“This is a world event, but can cricket be played under the shadow of threats? It is the government’s responsibility to ensure players’ security and that we are doing.”

Pakistan sent a security assessment team to India on Monday after voicing repeated concerns about arrangements, saying there had been threats from Hindu activists.

On Wednesday the International Cricket Council (ICC) and Board of Cricket for Control in India (BCCI) shifted the March 19 game after the chief minister of the north Indian state of Himachal Pradesh refused to provide security for the match.

Khan said the first part of Pakistan‘s demand was met when the match was shifted from Dharamsala to Kolkata, but added that even a full to capacity Eden Gardens stadium could be risky.

“What are we demanding? We are demanding an even playing field,” said Khan.

“We want our players to play without any pressure,” said Khan. “There will be near to 100,000 people at Eden Gardens and even a bottle thrown at our players can disturb them.”

Diplomatic tensions have meant that the two teams have not played any bilateral series for more than three years, and their rivalry is restricted to multi-national tournaments such as the World T20.

The arch-rivals have not played a full series since 2007 and although Pakistandid tour India late in 2012 for a short limited over series that failed to revive the ties fully.

India did not play an agreed series with Pakistan in December last year, citing refusal from New Delhi amidst heightened tensions between the South Asian nuclear rivals.