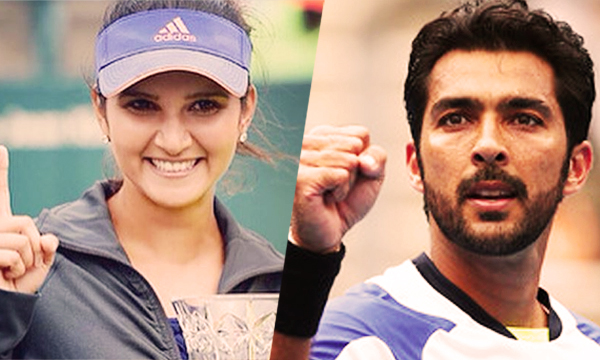 Ranking No.1 on Women’s Doubles and the top Indian Tennis star, Sania Mirza has been victorious in the Australian Open Tennis Tournament by beating Pakistani star tennis player, Aisam-ul-Haq today in Melbourne, Australia.

According to the details, Sania defeated Aisam-ul-Haq in the Australian Open Tennis Mixed Doubles Tournament held in Melbourne on Tuesday by 7:5 and 6:2 in a total time of 1 hour and 8 minutes.

According to the report on NDTV, both players broke the Pakistani-Kazakh pair twice in the first set, receiving five break point chances, and were broken once in two attempts.

In the second set, however, Sania and Ivan were far more at ease, breaking their opponents twice in six attempts and not getting broken once, needing only 30 minutes to seize victory.

After the defeat, Aisam-ul-Haq, along with his partner Yaroslava were eliminated from the doubles series.

Aisam-ul-Haq has played 6 Australian Opens Men’s Doubles and Mixed Doubles. In the year 2010, the player acquired the 1st position in the series and since 2011 to 2015, Aisam has been persistent in acquiring a 3rd place in the Australian Open Series.

Sania Mirza: ‘No One Can Ask Me What Happens In My Bedroom’