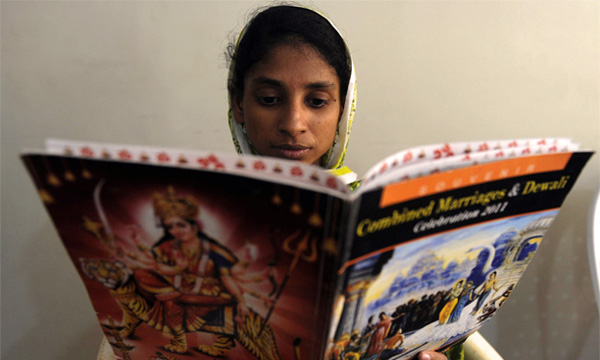 The Indian family previously identified by Geeta as being her own may turn out not to be so, as they claim that when their daughter went missing over ten years ago, she was married and the mother of a child.

Seeing as how Geeta herself was only 11 years old when she came to the Edhi Foundation, now 23, doubts have arisen as to the legitimacy of Geeta’s supposed relation to her Indian family.

“Geeta denies getting married ever or having a son. She was herself a child when she came to us,” Faisal Edhi of Edhi Foundation has claimed.

Only in August did attempts to reunite Geeta with her family begin, after India’s acceptance of Geeta as an Indian citizen.

Through a photo sent from India, Geeta determined the aforementioned Indian family to be hers – a husband and wife with four sons and one daughter. The family – located in Bihar – has stated that Geeta was at the time of her disappearance being brought up by her stepmother, as her biological mother was deceased. Geeta’s only vivid memory seems to be of her father being quite aged and needing a stick to walk.

Bilquis Edhi will be accompanying the deaf and mute girl to India, planned for 26th October. Faisal Edhi has stated that naturally, they would be relying on a DNA test that has been promised by the Indian Government, to ensure that Geeta is returned to the right family.

Currently, arrangements are being made for a Skype chat between Geeta and her alleged family by the Edhis.