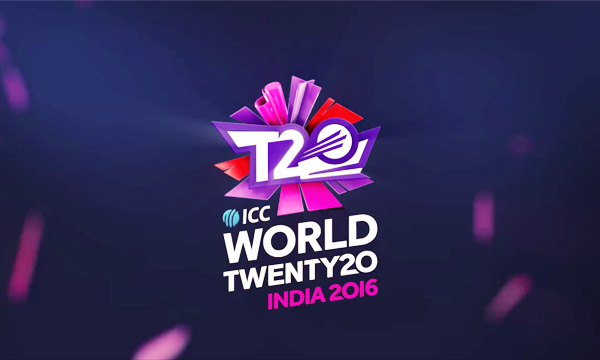 ICC has revealed the official logo for the ICC World Cup Twenty20 on its Facebook page. The tournament is to be played in India. The 6th ICC World Cup T20 will be held in India from March 11th till April 3rd, 2016, as announced by ICC after its first board meeting held in Dubai. Previously, India lost the T20 World Cup to Sri Lanka in 2014.

See the logo below:

A total of 16 teams will be a part of this tournament. Out of these 16 teams, 10 teams are automatically selected to progress to the Super 10 stage on the basis of their rankings while the other 6 teams will be selected through a qualifier round.

The qualifier round includes a total of 14 teams competing to win their place amongst the 6 teams which will be playing the T20 World Cup with the 10 full member teams. These qualifier matches will be held in Ireland and Scotland from July 6th, 2015 till July 26th, 2015.

Ireland, Afghanistan, Nepal, Scotland, UAE, Netherlands, Hong Kong, Namibia, Kenya along with 5 other teams is expected to be a part of the Qualifier Rounds. These 14 teams will be playing a total of 72 matches in order to acquire a place in the T20 World Cup 2016.

For all the cricket fans out there, the schedule of all the ICC events from the year 2015 till 2019 are as follows: