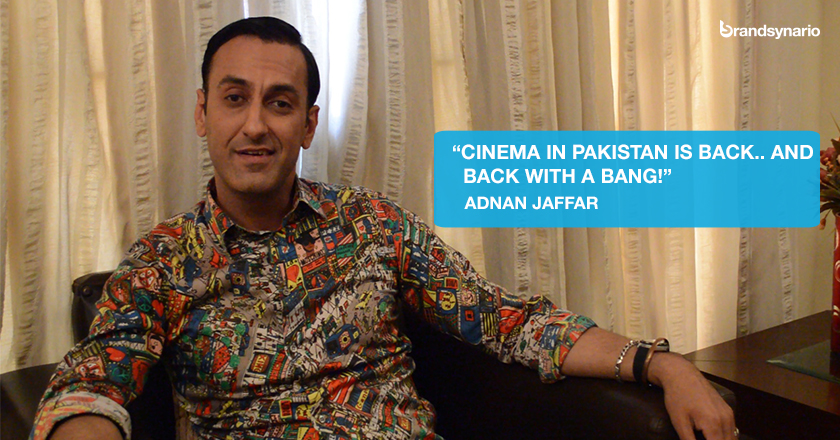 Adnan Jaffar – star of ‘Jalaibee’, stole the spotlight with his near perfect acting as ‘Dara’. A Pakistani born and bred television and film actor and renowned theatre artist, graduated from the esteemed National Academy of Performing Arts.

Speaking about his character, “I play ‘Dara’, the main antagonist in the movie. There are a lot of complexities involved in the character.”

Mr. Jaffar added his two cents to the revival of cinema in Pakistan, “It’s a historic time that the Pakistani cinema industry is going through. Cinema in Pakistan is back. It’s back with a bang with this film Jalaibee.”

Mr. Jaffar has had major roles in ‘Coke Kahani’, ‘Talkhiyan’, ‘Jackson Heights’. He will be appearing on the big screen again in the near future in ‘Moor’ and in ‘Maula Jatt’.