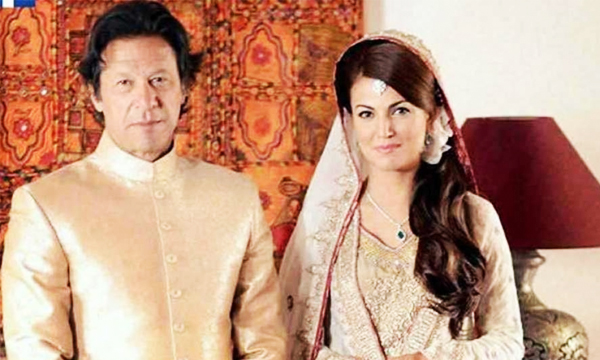 More than a year to their divorce and the Imran-Reham split is still a hot topic! There are some latest developments to the story and a few hidden inside details have come to the surface. As Mufti Saeed, a cleric who officiated Imran Khan & Reham Khan’s wedding revealed, Imran and Reham got married on October 31st 2014 and not January 2015, reports Dawn News.

The couple announced their marriage to the world in January 2015 after Imran Dharna against the Nawaz government ended in Islamabad.

Reham looked regal in a traditional attire on her Nikkah ceremony while Imran Khan stunned in a conventional Sherwani. On the other hand, however, while talking to Geo News, Reham jokingly claimed that she questioned Imran about what he would present to her as their first wedding anniversary gift and he gave her a divorce instead. We have decided to part ways and file for divorce.

Earlier Mufti Saeed had claimed that the power couple got married in January 2015. The couple broke several hearts when they split up on October 31st 2015. Khan had announced their divorce through a tweet.  See Imran’s official Facebook post below.

The marriage had lasted for a mere 10 months. As claimed by the media reports prior, that the couple had been facing marital trouble. It was said that Imran Khan was the reason Reham deleted her Twitter account as well.

“I have the greatest respect for Reham’s moral character & her passion to work for and help the underprivileged,” Imran tweeted after announcing his divorce!