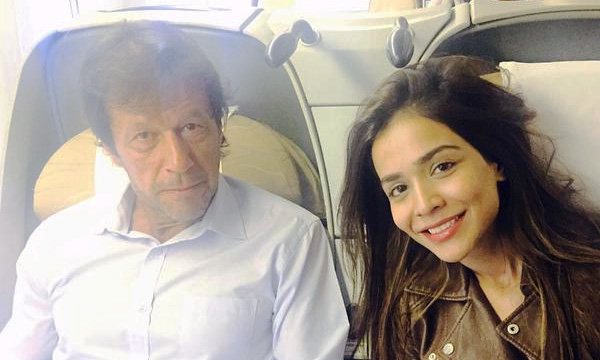 Look who’s sharing plane space with Imran Khan himself! Humaima Malick recently tweeted a vibrant picture of herself with the PTI chief, as the two shared the same flight on her way back from London.

The actress was in London for the shoot of her upcoming movie Dekh Magar Pyar Se. The actress tweeted a picture of herself sitting beside Imran Khan on a returning flight from London.

The actress is also replying to tweets and messages from her fans regarding the plane ride.

The actress has also shared behind the scenes shots from the shoot.