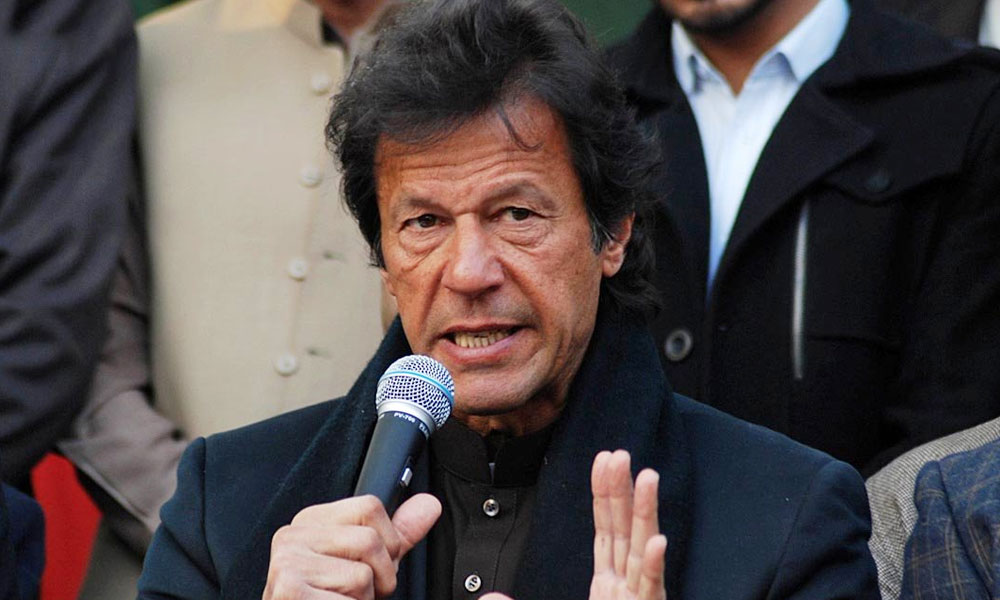 Following the success of the PSL, Pakistan is overjoyed over the fact that there is a chance of international cricket can come back to Pakistan. However, PTI Chairman, Imran Khan doesn’t see eye to eye with that.

Khan was very vocal about the fact that it wasn’t a good idea to hold the match in Lahore, he still can’t seem to keep himself out of controversy.Khan has been slammed by the mainstream and social media for making some vile and derogatory comments regarding the foreign players that came and played in the PSL Final Lahore.

He has been slammed by the mainstream and social media for making some vile and derogatory comments regarding the foreign players that came and played in the PSL Final Lahore.

On 6th March, the ex-cricketer hosted a press conference where he called Darren Sammy, David Malan and other foreign players as ‘phateechar’. He further added that ‘no one knows them’.

Imran khan making fun of International cricketers in his Press conference according to Him WC winner Summay is :

Kevin Pietersen responded to Khan’s claims about ‘renowned’ players not coming to Pakistan.

–@KP24 says "I was told that traveling to Pakistan won't be a good idea, it was a family decision & nothing to do with what Imran Khan said" pic.twitter.com/HsL9WAR7JU

Twitter completely destroyed Imran Khan after his video went viral on the internet:

Defending the score 59/all out is much easier than defending statements of Imran Khan. #PSL2017

20 years ago, hell… 5 years ago, could you have imagined Imran Khan being incurably petty & Najam Sethi as the bigger man?

Only person that isn't happy for the successful PSL final is Imran Khan.
Such phopish attitude.

Imran Khan turns out to be another one of my poor life choices, now I can't think of a sane person to vote for in the next elections.

Everyday is an opportunity for Imran khan to hit a new low. He never disappoints. Gira hua shaks