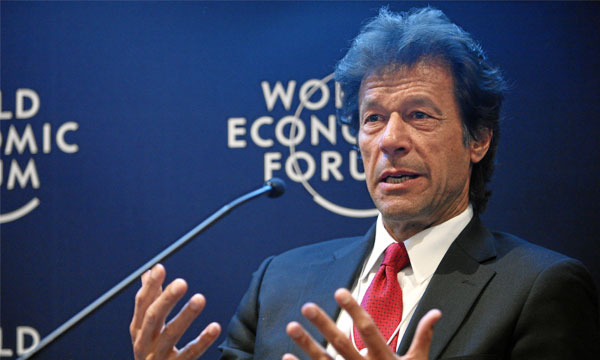 Chairman of Pakistan Tehreek-e-Insaf (PTI), Imran Khan has a reaped a new admirer from across the border. Apparently, it is the Indian producer Rakesh Upadhyay who is now all set to make a movie on the nation’s most memorable cricket star.

According to Dawn, Rakesh travelled to Khyber Pakhtunkhwa to meet the legend at his Bani Gala home and seek his approval in order to create a biopic. Previously, the Indian icon has produced Bollywood movies like Khiladi 786, The Shaukeens, Holiday and Sardar Ji.

What’s more, managing partner of Tiger Entertainment, Babar Sheikh who is also the co-producer of Jaanan along with Reham Khan has confirmed that the popular politician has granted permission to Rakesh to make a movie confined to his personal life.

However in an earlier news that went viral, it was rumored that Rakesh will be teaming up with Reham for a movie.

The buzz was later corrected by Reham Khan in a tweet.

Previously, a Pakistani movie Kaptaan, based on Imran Khan’s life story, was also in the works but has not made it to the silver screen till date. Let’s see if the neighboring nation succeeds in creating a biopic on Pakistan’s most famous cricketer and celebrated politician.