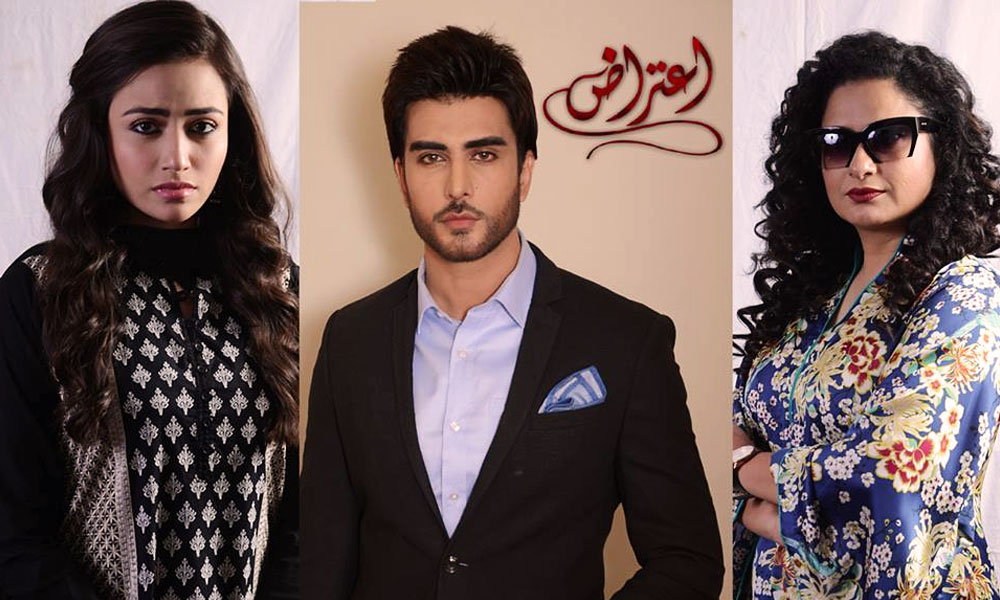 After the cross-border project ‘Jaanisaar’ and recent hit ‘Mera Naam Hai Yousuf”; Imran Abbas will now be focusing on his upcoming local drama ‘Aitraaz’ on ARY Digital. In this new production, he will be romancing Sana Javed.

As always, Imran proved has to be the first favorite choice of producers to play a role of passionate lover. In this new drama ‘Aitraaz’, the actress turned model Sana Javed will share the screen with Imran. She recently gave a magnificent performance in ‘Goya’ making thousands of her fans excited to watch her co-starring with Imran Abbas. Sania Saeed will be seen; although her role in this drama is unknown as yet.

Have a look at the trailer below:

This drama will be aired on ARY Digital and has been directed by Aamir Yousuf. The play is beautifully written by Sameera Fazal most renowned for ‘Alvida’. The promo of the drama is on air which shows Abbas falling in love with Javed, but it’s not in their destiny to stay together!

What the drama will unfold is the answers to questions raised in our minds after watching the promo: What are those circumstances that force them to stay away from each other? Will they unite again? If so, How will they unite? What is Saeed’s role in the drama?

Lets us know in your comments below how do you like this promo?