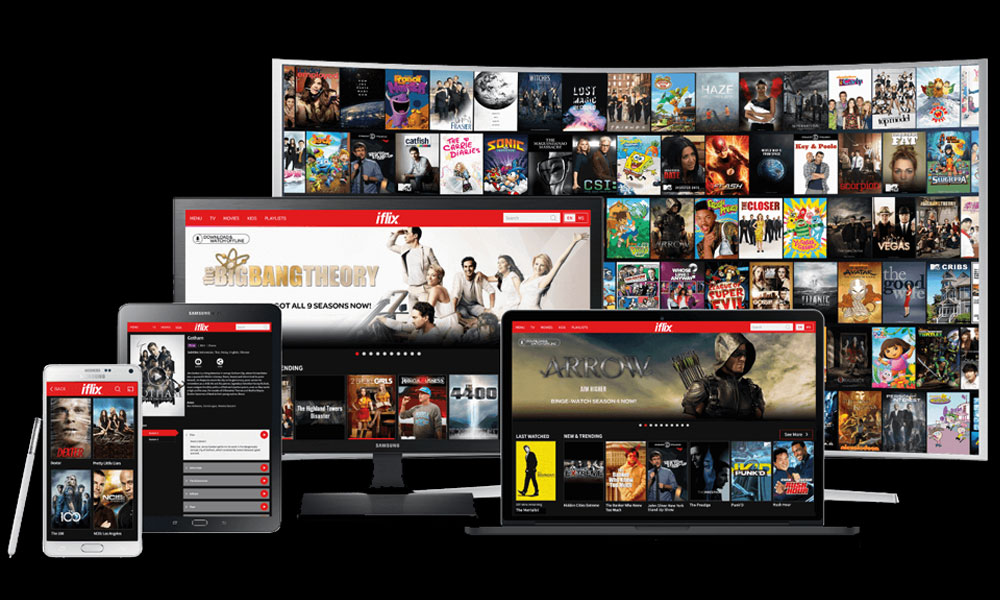 Update: iflix Pakistan is finally here, and for a price which is very tempting and hard to refuse. The Malaysian-based service provider used social media in March to give hints of their possible arrival in Pakistan, with more details coming along in September.

As of now, the library consists of selective content for Rs.300 per month. Subscribers can connect up to 5 devices at one time including their Smartphones, tablets, desktop PCs, and laptops and TV sets. Content can be downloaded to be watched later on whenever the subscriber wants to.

One month of unlimited access without the need of any credit or debit card and sans any obligation to pay later. You will only be asked to pay when your trial is about to end. And if you don’t like it, your account will become inactive after 30 days. Following your free trial month, you can subscribe to iFlix unlimited access for Rs. 300 per month, about the same as standard cable fee. 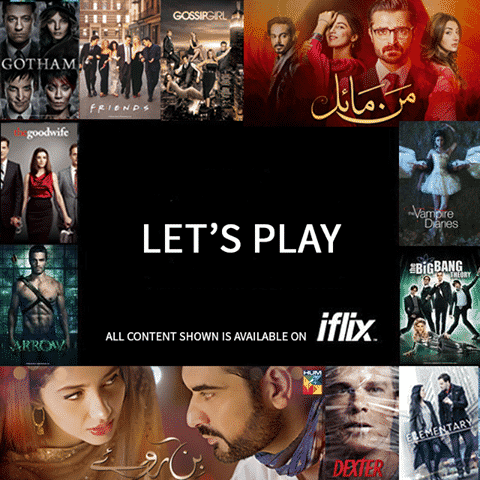 Here are the TV shows iflix Pakistan is offering:

The library also contains some of the most amazing series to binge watch! From The Vampire Diaries to Pretty Little Liars, Limitless and The Flash, even FRIENDS and House MD, iflix has a lot coming your way!

The library even consists of all-time popular movies like the full-on Lollywood comedy Na Maloom Afraad, and martial art’s living legend Jackie Chan’s Rush Hour! Even Constantine, Valentines Day, and The Exorcist are some really good titles to watch!

After the introduction of Netflix Pakistan, another entertainment platform is heading your way, iflix Pakistan. Similar to Netflix, iflix also provides entertainment content on demand. Using the tagline ‘Get ready, Pakistan! It’ll be time to PLAY soon!’ the company is planning to come to the local market soon.

iflix is based in Kuala Lumpur, however, what the users really want to see is how good the library is iflix Pakistan, as Netflix has a limited amount of shows for the region for now. The announcement was made on the company’s official Facebook page.

Those who are interested in registering for the service can visit the website and sigh-up. Although the services have not started yet, the first month will be complimentary to the customers. However, do understand that the entire library is not always available, some content is brought on later.

Don't you wish you could sit back, relax and watch your favourite TV show with a hot cup of tea rn? #iflix #comingsoon pic.twitter.com/NiWGRDmkFp

According to ARY News, the subscription also includes the following:

> Access to iflix on up to 5 devices at once, including phones, tablets, laptops, desktops, TVs and other connected devices;

>  The ability to download TV shows and movies to any phone, tablet or mobile device to binge-watch offline, when not connected to the Internet;

>  The ability to share their iflix subscription with family or friends and watch shows on two different devices at the same time.

The library includes top shows like Friends, The O.C. and Gossip Girl, nine seasons of Big Bang Theory, The Flash, Arrow, Gotham, 2 Broke Girls, The 100, The Originals, Pretty Little Liars, and more. While kids content will include Yo Gabba Gabba, Dora the Explorer, Spongebob Squarepants, and even Mr Bean.

According to ProPakistani, iflix allows up to five devices to access the subscription including phones, tablets, desktop PCs, laptops and TV sets.

The company also provides the feature to share the subscription; members can watch different shows on two different devices simultaneously with each subscription.