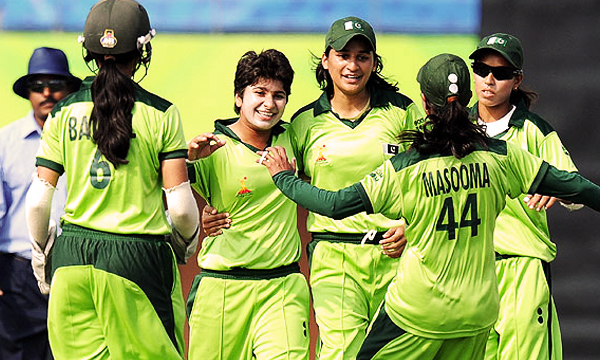 From poor pay to lack of training grounds and media coverage, and even sexual harassment, women cricketers have long faced inequality in a multi-billion dollar sport dominated by men.

Australia and England face off in the Women’s World Twenty20 semi-finals in Delhi on Wednesday, and New Zealand play the West Indies in Mumbai on Thursday.

With both semi-finals and Sunday’s final in Kolkata immediately preceding the men’s equivalents at the same grounds, players are hoping that success in the tournament — and in front of a global TV audience — can inch them further towards parity. “We are hoping to win and hoping that will kick start more interest in the women’s team. So watch this space,” said New Zealand captain Suzie Bates who has racked up 171 runs at the tournament in cricket-mad India.

“It’s about changing people’s attitudes and getting the message across,” the veteran of World T20s said of the struggles facing the women.

Cricketers say the sport has come a long way since the 1970s when women started playing professionally, and they have fought hard to have access to decent grounds on which to practise, funds for equipment and qualified coaches.

The International Cricket Council’s 2005 order for men’s and women’s national governing bodies to merge was hailed by many in the sport as a chance for the women to flourish.

But in India, they were left to languish, with the all-powerful Board of Control for Cricket in India (BCCI) reluctant to promote or develop their game or organise frequent international tours, according to Indian sports journalist Neeru Bhatia.

“It was really pathetic at one point,” Bhatia, The Week magazine’s correspondent, said, adding the BCCI started making amends, including introducing contracts, after a recent change in leadership.

In New Zealand and neighbouring Australia, Bates said she has noticed a shift in attitudes in recent years towards “what the men get the women get too”.

For the first time at this tournament, for example, the White Ferns have single rooms, rather than sharing with teammates to save costs. But their request for business-class seats was refused for their 17-hour flight from New Zealand to Dubai, a luxury given to the men. In Sri Lanka, the team are trying to put a sexual harassment scandal behind them that skipper Shashikala Siriwardena conceded had damaged their international image.

“Step by step, they (the cricket board) have solved it. It’s a good start for women’s cricket,” Siriwardena told AFP.

“Lots of officials are new after those problems we had in the last two years. Other countries were asking about it. It was damaging for our image.”

In Pakistan, women reportedly raised similar allegations about selectors from a city club two years ago, prompting an investigation by the national cricket board.

For many, playing professional cricket is tough financially, compared to the men who can earn six figures signing up for glitzy tournaments such as the Indian Premier League.

Bates tells of women being forced to choose between their jobs and cricket — with New Zealand paying a NZ$12,000 (8,000 US dollars) annual retainer for its top players.

She said she was appalled by the Indian Wells tennis chief’s comments this month that women players owed their success to men, which ignited a furious gender row in the sport.

“I found that difficult to stomach, as I think many women would,” she told AFP, saying women would shine brighter if they were given the same opportunities as men.

But she points to the huge success of the recent inaugural Big Bash T20 league, played in Australia prior to the men’s tournament of the same name, as evidence of progress.

The lucrative competition, featuring the world’s top players, attracted solid television audiences and match attendances. And a similar Women’s Cricket Super League is set to take off in England later this year.

“I think women’s cricket is definitely building and I think it’s come so long (far) in such a short amount of time,” Australian pace bowler Holly Ferling said. “Even though, we have a good side we are not getting the kind of support we deserve. We are not complaining but it’s not enough,” Alam said.

“(But) I’m sure the day will come, it’s not very far when we will be treated equally.”