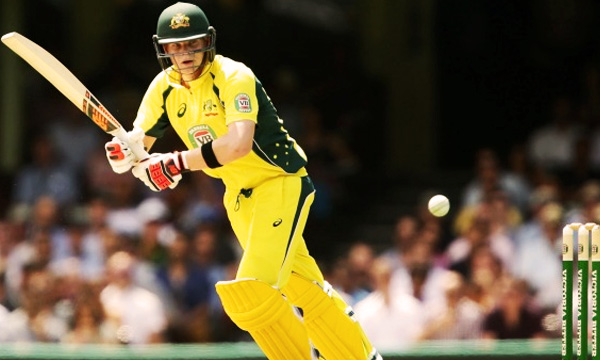 Australian selectors Tuesday dumped Aaron Finch as captain in favour of Steve Smith for the World Twenty20 which begins next month in India while Peter Nevill replaces Matthew Wade as wicketkeeper.

Finch has been skipper since October 2014 but with Smith already captain of both the Test and one-day teams, national selector Rod Marsh said it was the right time for him to now take over in the shorter format.

“Aaron Finch has done a very good job captaining Australia in T20 cricket. He will have benefited enormously from the leadership opportunity and will remain a highly-respected leader within the Australian squad,” said Marsh.

“We think now is the right time for Steve to lead Australia in all three forms of the game as it offers us important continuity, not only ahead of the World T20, but beyond that tournament as well.”

The World T20 gets underway on March 8 with Australia, who have never won the tournament, opening their campaign on March 18 against New Zealand in Dharamsala.

Smith said he was looking forward to the new challenge.

“It’s a fast-paced game, you have to really think on your feet, be ahead of the game,” he said of captaining a T20 team.

“The World Cup is going to be a big challenge for us. It is one of the trophies that has eluded this side.

“We’re going to be playing in different conditions where we haven’t had a lot of success. It’s going to be a hard tour but I’m really looking forward to it.”

A key surprise in the 15-man squad was the inclusion of Nevill, who is yet to play limited-overs cricket for Australia, but he was preferred to Wade whose recent form with the gloves and bat prompted the change.

“We feel our batting depth in this squad is sufficient enough that we can have a specialist wicket-keeper in the squad,” said Marsh.

“We want Australia‘s best wicket-keeper playing in this tournament and we consider Peter Nevill to be the best in the country right now.”

Ashton Agar and Adam Zampa, both yet to play T20 cricket for Australia, claimed the spin spots ahead of Test stalwart Nathan Lyon and Cameron Boyce.

They will be complemented by the part-time off-spin of Glenn Maxwell while Josh Hazlewood spearheads the attack.

Finch (hamstring), Nathan Coulter-Nile (shoulder) and James Faulkner (hamstring) were all named in the squad subject to proving their fitness.

“Overall, we believe the squad we have selected is well-balanced and has the experience and talent required to be successful in India and help us win theWorld T20 title for the first time,” said Marsh.

“We were able to look at a number of players during the Big Bash League and the recent T20 international series against India and have selected the best short-form players available for the conditions we will encounter.”

ICC World Twenty20 Matches To Be Held On Neutral Venue