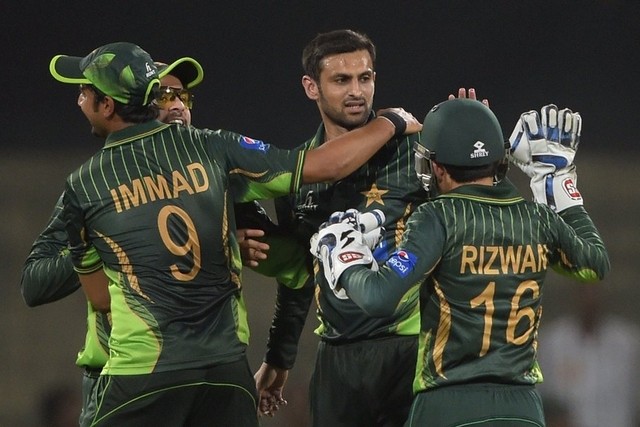 Players to watch from Group 2 of the World Twenty20, featuring India, New Zealand, Pakistan, Australia and Bangladesh, as the tournament’s main draw gets underway on Tuesday:

With question marks over India’s pace attack, Ashwin will be the team’s go-to man in home conditions. The off-spinner comes into the tournament as the top-ranked T20 bowler in the absence of the West Indies’ Sunil Narine. With many variations including the ‘carrom ball’ up his sleeve, Ashwin is feared on Indian wickets and he’s also handy with the bat lower down the order.

Forget Kane Williamson, Martin Guptill and Corey Anderson, New Zealand suddenly has another big-hitter in the form of Munro, 29. The unheralded left-hander has been in sensational form this year and starred in the Black Caps’ 74-run thrashing of Sri Lanka in Thursday’s warm-up match in Mumbai. Munro smashed 67, including seven sixes, off 34 balls, leading Anderson to call him “one hell of a player”. His form is timely for New Zealand, after the retirement of their swashbuckling captain Brendon McCullum.

Arguably the most brutal opener in Test cricket, Warner has been handed a new role in the middle order of Australia’s T20 side. A blistering 77 off just 40 balls against South Africa last weekend showed how quickly he has adapted to the change and he says he is relishing the opportunity to face more spin bowling.

Warner made his debut for Australia’s T20 team even before he played first-class cricket but is now an automatic pick in all formats. His in-your-face approach has landed him in trouble, including his infamous 2013 ban for punching England’s Joe Root in a bar.

But as vice-captain in what is a relatively inexperienced squad, much responsibility now rests on the 29-year-old’s shoulders.

The middle-order batsman made his international debut back in 1999 when still a teenager, beginning a rollercoaster ride which seems to be drawing to a close. Still only 34, he dropped a bombshell last November by announcing his retirement from Test cricket, only three matches after a five-year exile. But he remains a key member of Pakistan‘s one-day and T20 squads and a calming influence in a crisis situation. After Pakistan‘s disastrous performance in the recent Asia Cup in Bangladesh, skipper Shahid Afridi will be looking to Malik to mentor the side’s young batsmen.

Husband of Indian tennis star Sania Mirza, Malik was at the crease when Pakistan lifted the T20 crown in 2009 and would love to repeat the victory in Kolkata on April 3.

Widely regarded as the best cricketer Bangladesh has produced, Shakib is a canny left-arm spinner and a power middle-order batsman with a wide array of strokes. Shakib is also Bangladesh’s most experienced T20 campaigner and has played in domestic leagues in four different countries. Previously ranked as the world’s number one all-rounder, he has been the main factor behind the team’s sharp improvement in one-day cricket in the last two years. But the brash 28-year-old has also made headlines for the wrong reasons and he was slapped with a six-month ban in 2014 by the Bangladeshi board for a “severe attitude problem” after he tried to play in the Caribbean Premier League without permission.

He was also suspended briefly last year for a foul-mouthed outburst at an umpire in Bangladesh’s domestic T20 tournament.