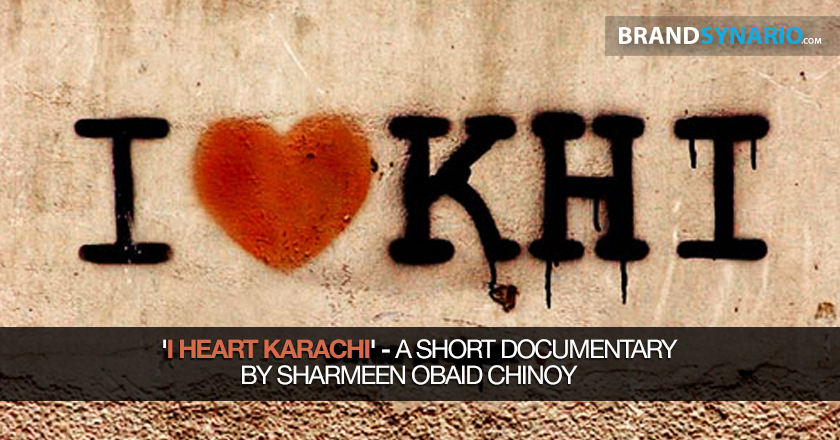 SOC Films after their first successful animated feature film titled ‘3 Bahadur’ are now coming up with a series of short documentaries titled ‘I Heart Karachi’.

‘I Heart Karachi’ archives the story of individuals who put their lives at risk as a part of their duty to keep others safe.

This series of documentary was firstly premiered at Nueplex Cinemas on 28th August 2014 receiving much praise. SOC films will now be featuring ‘I Heart Karachi’ in private screenings within schools and colleges after which it will be aired through major broadcast channels nationwide.

At the premiere Haya Fatima Iqbal, the producer of ‘I Heart Karachi’ welcomed the documentary subjects Dr. Seemin Jamali, head of emergency at JPMC, Shahid Anjum, crime reporter for Abb Takk News and Abid Farooq, bomb disposal squad in-charge of the West Zone to describe their devoted efforts within their respective fields while Haya herself talked about and introduced the last subject of this inspiring documentary series i.e. Mr. Shahid Anjum (late), a polio worker.

‘I Heart Karachi’ comprises of 5 short films highlighting the struggles of various Karachites who risk their lives each day in order to make this city a better place to live in.

A surprising fact is that though working in most violence-prone areas of Karachi, these Karachites respond much positively to the violence they face just to keep our safe of violence.

“’I Heart Karachi’ has been a very special project for me. Karachi is my hometown and I have witnessed firsthand the increase in violence over the years. But this is a city that defies all odds and the collective resilience of its people is further highlighted through the extraordinary efforts of these five individuals who put their lives on the line everyday as they step out of the comfort of their homes into a world of chaos.”

“They say the pace of Karachi is faster than the rest of Pakistan. We talk fast, we walk fast, and we get things done fast. We get angry quickly, but we also forgive and move on easily. While a part of us takes pride in being this way, we sometimes need to pause. We need to pause and acknowledge the efforts of the people who always manage to maintain relative peace in the chaos of Karachi. I Heart Karachi is our way of saying “thank you” to all such people.”

While Asad Faruqi, Director of Photography for the project expressed his views in the following words,

“It’s amazing how much these unsung heroes have sacrificed for us and how little we know about them. It is important for us to celebrate their efforts because they are the people who make Karachi livable.”

To find more about I Heart Karachi, visit their facebook page.