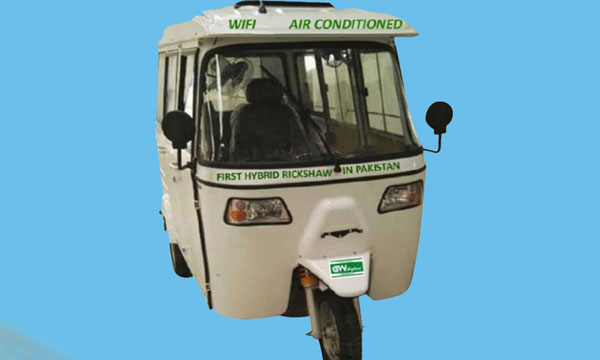 With the world, making its shift to hybrid technology, Pakistan is making sure it doesn’t lack behind. Now that hybrid cars are quite common in the nation. Hybrid rickshaws in Pakistan are all set to make their way on the roads.

For those who don’t know, it is Green Wheels Private that have launched the hybrid rickshaw in Pakistan Auto Show 2017. It was organized on March 3rd to 5th 2017 at Karachi Expo Centre.

Features of the groundbreaking hybrid rickshaws in Pakistan:

The Chinese manufacturers have declared the price of non-air conditioned model as PKR 400,000

For those who frequently travel by rickshaws, will find the hybrid version even better. The probability is that they will soon replace the usual rickshaws in the upcoming years.