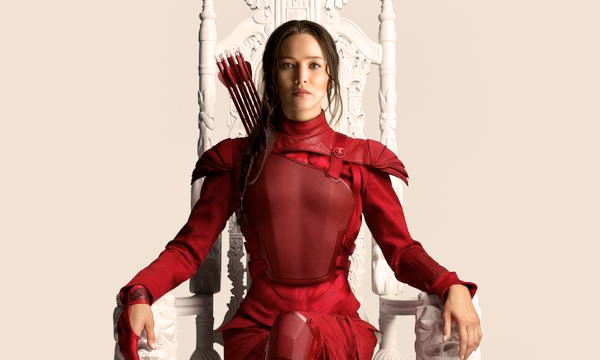 The latest addition to the Hunger Games series, Mockingjay Part 2, is a trilogy of young adult books is the blockbuster standout during the first day of the famed comics and pop culture dialogue.

The Hunger games series adapted from the book has made it big and won hearts of the people worldwide. If you need any more evidence that science, fiction, and fantasy now dominates the pop culture, look no further than the ‘Hunger Games’ franchise.

The bestselling event of day one San Diego International Comic-con was this latest film based on the book trilogy. The 45-year-old annual comic’s conference draws tens of thousands of people to the San Diego bay front each year and makes a splash in the media as well.

While fans not in attendance here at Comic-Con won’t be able to see the new “Mockingjay” trailer, producer Lionsgate did release two propaganda-filled clips that encapsulate the obsession shared by the film and book series.

In the first one, The Girl on Fire, Katniss Everdeen, has traded her badass black Mockingjay armor for a red uniform and long, Dementor-style cape. There’s not much here beyond star Jennifer Lawrence looking moodily off into the distance as the camera pans out to reveal a giant statue in the shape of District 13’s signature three-fingered salute — but for hungry fans clamoring for any and all Mockingjay news, that may be enough.

Check it out below:

In another teaser trailer, the video begins dramatically with an army of men and women all dressed in silverish-white from head to toe, giving them a metallic view. They make some moves with the big guns in their hands, going in full sync and giving a magical view over all.

The entry of Katniss Everdeen, again in a red uniform and white cape is marked by the men making a three fingers salute and all the while promoting the message, ‘Freedom is worth fighting for.’