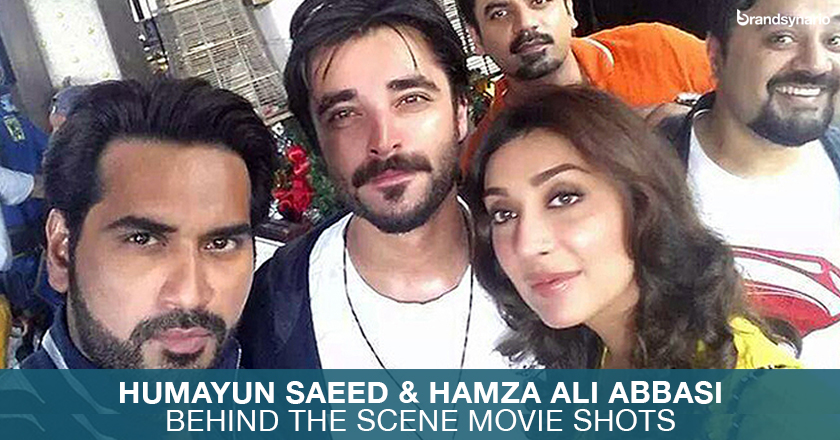 Humayun Saeed’s movie, ‘Jawani Phir Nahi Aani’ is on a speedy road to completion since November 2014 after he fully recovered from the injuries of his car accident. The accident happened last year in Bangkok when Humayun Saeed was looking for locations for the film.

As per Nadeem Baig, the movie’s story will be structured around one bachelor and three married friends’ meetings and their journey from Thailand to Lahore in a humorous style. Humayun Saeed talked about the movie to the media by saying:

“It’s a comedy movie so it doesn’t have a serious plot. It’s a funny twist on how some wives don’t give their husbands any space.” He further stated “With five to six hip songs and will be shot in Bangkok. We just want it to be an entertainer!”

The film is all set to be released in 2015 until then have a look at some of the behind the scene shots (BTS) of the movie!

Let’s hope the film proves to be a building block in the revival of Pakistan’s film industry.