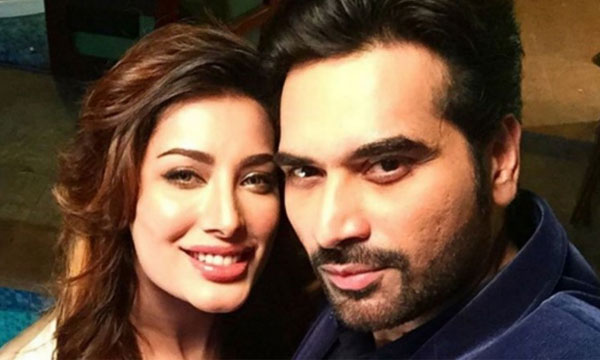 The JPNA lead couple is all set to be back on the small screen with new drama serial, Dillagi, directed by none other than the JPNA director, Nadeem Baig.

Written by Faiza Iftikhar, Dillagi brings back the JPNA trio in a love story with Saeed returning to his romantic hero image and Hayat essaying the role of a simple housewife once again. The shooting is currently being done at Karachi’s old building of Bristol Hotel.

The JPNA Trio coming together For a Brand New Project Called "Dillagi"❤️✨ It's a Dream team to work with !!! 😍💕 & with these Two on Sets.. work becomes A lot of Fun !!! 😌 #MehwishHayat #NadeemBaig #HumayunSaeed #Dillagi #JpnaTrio #mustWatch #DreamTeam #HappyshinyFaces #Bliss #Alhamdulillah 😇

Baig, who has just given the Pakistani cinemas a blockbuster hit in the form of JPNA, is equally passionate about working on small screen.

On the set of DILLAGI

Similarly, Saeed feels it needs equal dedication and hard work to act for both mediums and as an actor, he doesn’t feels the difference. Saeed did plan coming back to the TV after giving two cinema hits to break the stereotype of actors who usually don’t return to the small screen.

Hayat, who started out with simple characters and molded herself to a sultry star with time, too has returned to her traditional, housewife look in Dillagi. While she takes being remembered as an item girl for a song she did two years ago a compliment, she believes that she has proven herself more than that with JPNA’s success.

Dillagi is currently being shot in Karachi and is expected to hit the screens in the first half of the year 2016.