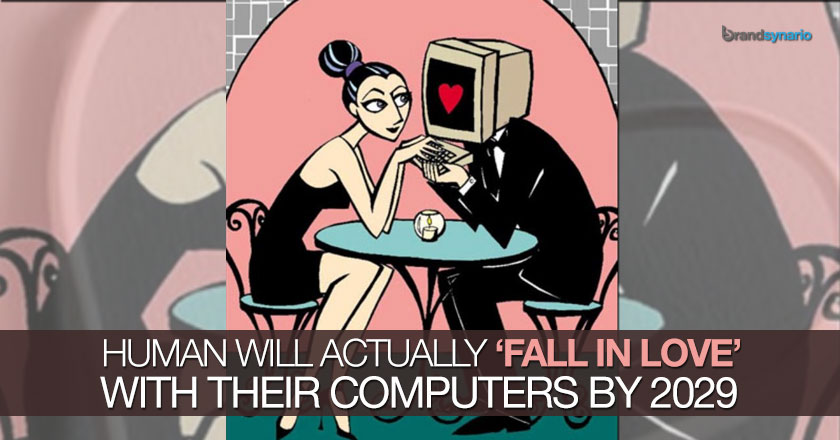 For all those people (including me) who thought that Oscar nominated movie ‘Her’, where a man develops a relationship with an intelligent computer operating system was just too stupid to be watched – we got to take our statements back fellows!

Google’s Engineering Director, Ray Kurzweill strongly believes that by 2029 people would actually flirt, fall in love and have emotional relationships with their computers!

Speaking at the Exponential Finance conference in New York last week, Ray said that in a span of 15 years, technology will be capable of emotional interaction.

“My timeline is that computers will be at human level, such that you can have a relationship with them in 15 years from now – 2029,” he said.

Ray clarified his point by saying that the relationships will be based on emotional intelligence, which will include the ability to connect, laugh, flirt and share similar interest. He believes that the movie ‘Her’ was a realistic depiction of the future,  which is just 15 years away.

Responsible for developing the world’s first flat-bed scanners and text-to-speech synthesisers, Mr. Kurzweil is also known for his theory of ‘singuladerity’ – a point in the future where humans and machines will unite. The 66 year old is known as one of the world’s most accurate futurologists.

Few of his accurate assumptions include the example of voice recognition software and Google’s self-driving cars to demonstrate the rapid advance of technology.