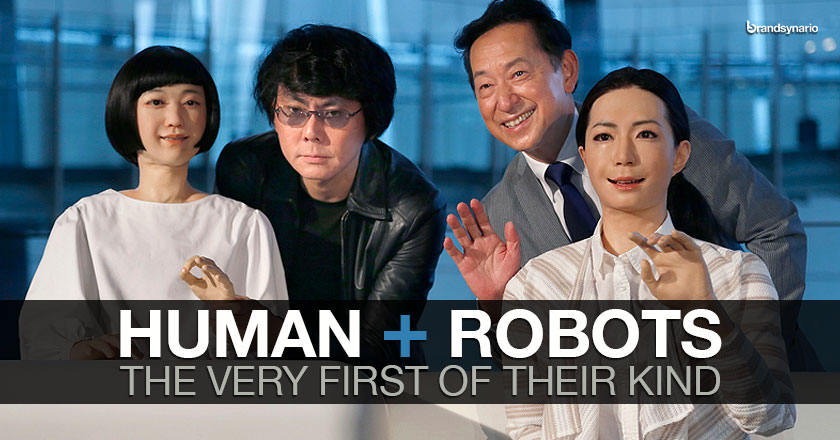 For all those people who grew up watching ‘Small Wonder’, it’s finally real and happening.

Japanese robotics expert Hiroshi Ishiguro has created two robots that are so human-alike that its hard to differentiate between the humans and them.

Robots turned humans; Kodomoroid and Otonaroidare are very first of their kind with  looks, voice and gestures just like humans.

In a demonstration of their human like artistic capabilities the two moved their pink flesh-cum-silicon lips to accurately mimic a voice over, twitched their human like eye brows, blinked their eyes and swayed their heads side to side.

Kudomoroid also recited tongue twisters and read the news as a formal news reporter without pausing or stumbling upon any difficult words.

“Making androids is about exploring what it means to be human, examining the question of what is emotion, what is awareness, what is thinking,”said Ishiguro.

Use of Robots is increasingly becoming common throughout the world, but most rapidly in Japan. In Ishiguro’s words,
“Robots are now becoming affordable – no different from owning a laptop.”

Both robots will be on public display at Miraikin museum for extensive interaction with visitors starting from today.