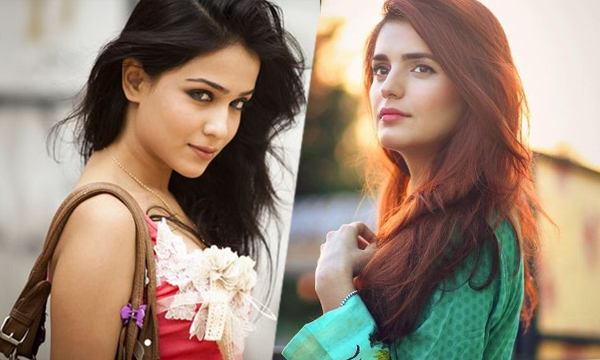 Over the past three days, Pakistanis have been talking about nothing useful but how Mahira Khan has defamed the whole nation. Her pictures with Ranbir Kapoor have sparked the daddy of all the debates, ranging from how shameful it was for Khan to smoke a cigarette to whether it was really a surgery mark on her back!

We really don’t know when the whole social media brouhaha would end. Of course, almost all of our stars extended their support to the sweetheart Mahira.

But amidst all this pleasant support towards Mahira, another fiery debate kickstarted between the sassy haseena, Humaima Malik and the Afreen girl, Momina Mustehsan. It all happened when Momina stood up for Khan and bashed haters for poking their nose in her private life.

Jesus. Can we please give @TheMahiraKhan a break?! Why are we so quick to judge and attack?! Esp if it's a woman in question. It's her life!

Soon after her tweet went viral on the internet, a screenshot started to make rounds on social media.

This image was picked by none other than Humaima Malik who slammed Momina for being unfair in her views.

She subtly took a dig at the Coke Studio prodigy and labeled her opinion as hypocritical.

are you serious?We will classified women here lol wow who is cheap and who is not who is famous who isn't and only thn we will be supportive

Ouch! We bet Momina did not see this one coming!

Meanwhile, the songstress hit back with another screenshot!

But of course, no one saw this or the other tweets in the series. https://t.co/081am0yD6x

She did not shy away to clear her view on Qandeel Baloch and women empowerment.

I never judged. Wrote everyone should be respected for personal choices. However, objectification is not empowerment, in my opinion #Context pic.twitter.com/GWnETTsTd4

Selective kindness is not kindness at all! #SupportEveryone

But it was just not Humaima that appeared irked by Mustehsan.

But shouldn't you have said the same about Qandeel, @MominaMustehsan you slut shamed her and said she was "just using her body". https://t.co/cDwfql5ViB

The thing you are calling an objectification is called reclaiming her sexual agency and an online space. The way you perform and sing on TV.

The internet is questioning the kind of ‘feminism’ that is practiced by Momina Mustehsan.

What do you think about the singer’s opinion? Share with us in comments below.